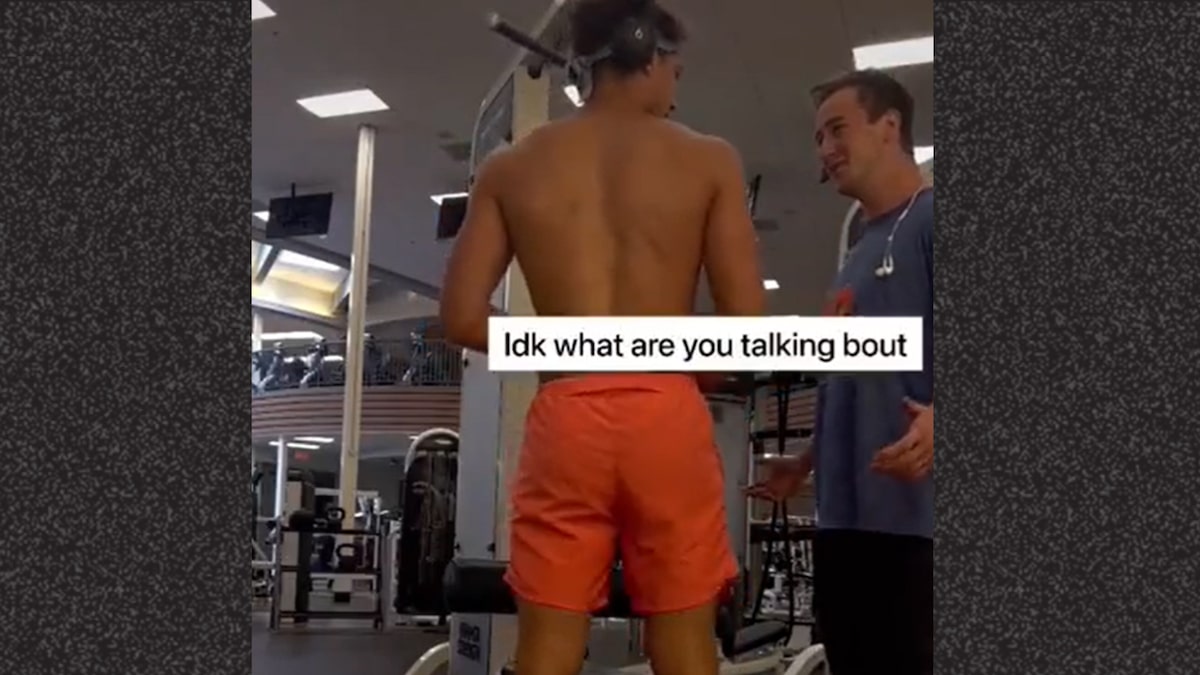 If you’re going to get triggered by the sight of someone working out … then maybe the gym is not the place for you.

That’s what Pennsylvania teen Nick Nush encountered this week, when he faced a barrage of hate, including some homophobic language, seemingly for having his shirt off.

The 18-year-old was minding his own business, using a lat pull down machine, and had his phone set up behind him to film his work out. But he inadvertently managed to capture much more than that: 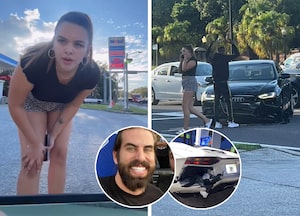 Mid-rep, he notices another male gym member standing and filming him … and it doesn’t seem like he’s a fan.

“What you doin man?” the man asks, following it up with an equally redundant question. “Getting a shirtless workout in? Weirdo.”

Engaging with the toll, Nush asks how that makes him a weirdo. “Cause you’re shirtless in a f—ing gym, r—–,” he spits.

Nush graciously explains that he is filming his back muscles. “What’s you problem? You ain’t gotta record me,” he says, getting a terse “F— you.” in response, “That’s weird assed s—, f– you, f—-t.”

“So I don’t even know this dude,” Nush explains in his video, “and I am confused as hell of what’s going on, cause I don’t understand why he’s cursing me out and stuff. But he continues to stare at me and flip me off and mouth things at me — so I just had to say something.” 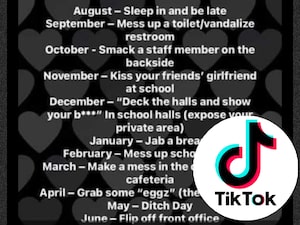 October is ‘Smack a Teacher’ Month, According to Ongoing TikTok Challenge

So, Nush eventually does decide to nibble the bait and asks: “What, you mad an 18-year-old is bigger than you?”

“You know what?” the man says, slamming his water bottle down and striding menacingly over — but stops short of actually doing something, possibly after getting a closer look at the specimen he is threatening.

After posturing for a few seconds, the man warns “I’ll f— you up, p—y,” before striding off, leaving a bewildered Nush in his wake.

“For everyone saying why didn’t I hit him I know he was being a tool and an asshole, but these people aren’t worth it,” Nush explained in the comments. “I’m more mature than this guy.”

“Also I don’t wanna deal with the police for assault of being banned from the gym. I can control myself, obviously this dude has problems,” he added.

The video has since been viewed more than 5.5 million times and while some of the comments say that it’s common etiquette to wear a shirt at the gym, they all agreed the other guy’s behavior crossed the line. 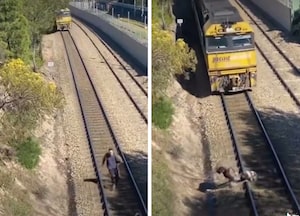