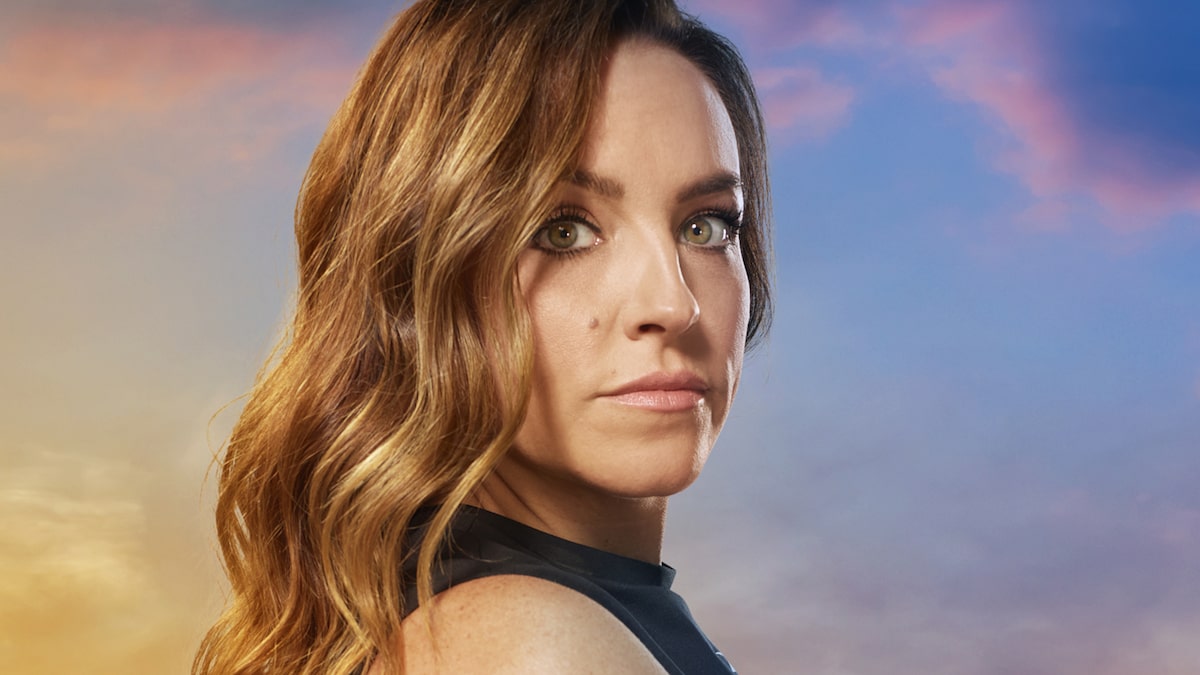 “I have another falling out with another friend. I’m on a roll,” Doyle teases of “All Stars 2.”

“The Challenge: All Stars” is making an epic return to Paramount + on Thursday, November 11 with another legendary lineup of MTV vets.

The second season, hosted by TJ Lavin, features 24 of the fiercest competitors in the franchise’s history facing off for the top prize of $500,000. While there are a number of new faces to the spinoff this time around — including people like Brad Fiorenza and Jasmine Reynaud — a few from the first season have also returned.

Among the “All Stars” vying for a second chance at the Final? Katie Doyle, who had a major falling out with former friend Trishelle Cannatella during filming the first season, before being eliminated in the sixth episode.

TooFab caught up with Katie — now a married mother of one with an interior design obsession — ahead of the Season 2 premiere, where she revealed where she stands with Trishelle now, whether she prepared any differently for round two and whether she thinks she’ll be back for more. Plus, she also spilled on that not-really-“date” with Vince Vaughn back in the day — and teased trouble ahead for another costar friendship. 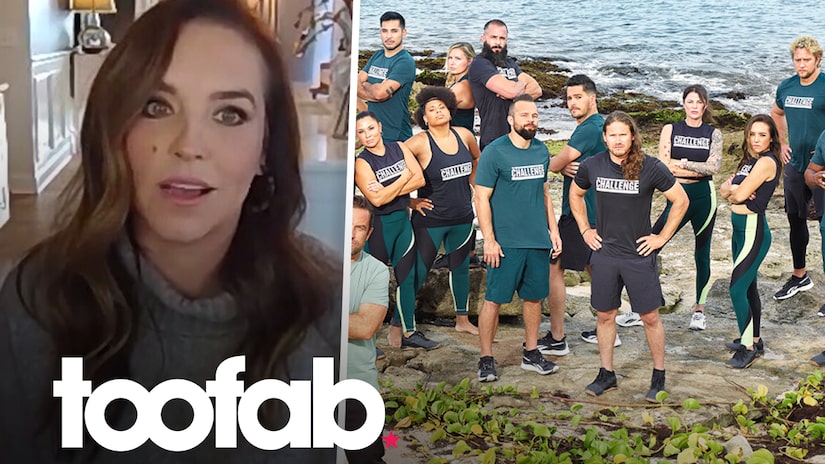 What made you decide to return so soon for another round of All Stars, after you took a 10-year break from the show?

I had such a good time on Season One, truly. I came back and I was like, ‘That was unreal, like completely different than anything from back in the day.’ And it’s a lot shorter, so I was like, ‘Let’s do it.’

How did you prepare for the show this time around?

I did hire a trainer and I worked out a couple of times a week. But you can’t prepare yourself for these — you don’t know what you’re going to do. It’s not like, ‘Yeah, I’ve flipped off 12 buildings today in preparation for this.’ You have no idea. Mentally, you communicate with other cast members. We kind of get an idea of who’s going and we talk and we’re like, we’ll share rooms, we’ll bond. And we’ll watch out for each other. So mentally you just want to have friends in the house. I kind of wing it, I really do. I’m like, ‘Okay, I like this person, I don’t think they’d say my name.’ But mostly you just have to do well. Because if you do terrible, it’s really hard to convince people to save you. But having friends is definitely gonna be a benefit in the game.

Speaking of friends in the game, last season you had a falling out with Trishelle. The cameras seemed to miss some of the drama. Is there anything you would like to clear up?

No. I mean, not really. Like they did miss some stuff, but I feel like that was so long ago and there’s a new season. I really don’t want to dig that whole drama up to be honest.

Have you two spoken since?

Trishelle has said there were no hard feelings and that the two of you simply grew apart.

I would say the same.

Should we expect more fireworks this season?

I have another falling out with another friend. I’m on a roll. We still talk though, but, yeah, there’s a little bit of a problem. You guys will see. But there’s other people having issues. I try to stay out of everybody else’s drama though, to be honest. I really do. I’m like, ‘Nope, nope, nope.’ I mean, I watch it, like I like to stay in the corner, but outside of that, I don’t want to be in it. And when I’m in it, it makes me feel weird about myself. And I go in a room going, ‘What did I do? I’m too old for this. What’s wrong with me?’ That kind of thing happened last season. It happened this season. 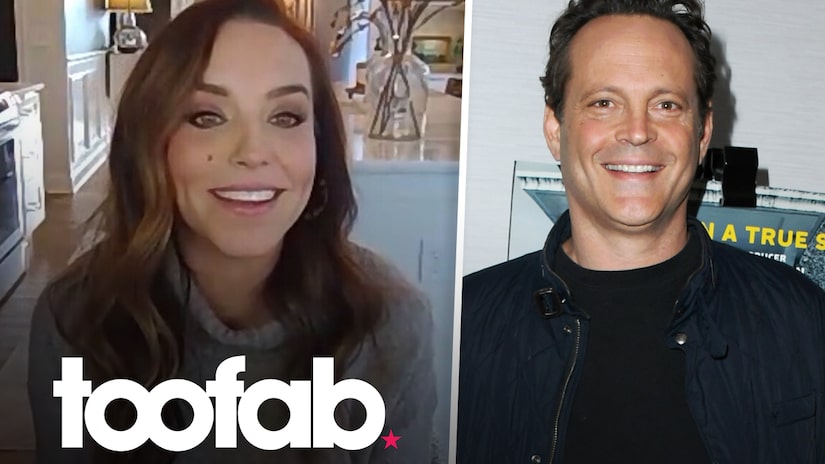 Circling back quickly to Trishelle, she recently said she was surprised to find Leonardo DiCaprio was a fan of the “The Real World” and mentioned that you and her once went on a double date with Vince Vaughn. What do you recall?

I was there when she met Leonardo DiCaprio too. The Vince Vaughn thing — she was dating a guy who was friends with him. And I was like, ‘Oh, you should set me up with a friend.’ And then it just so happened to be him. But it wasn’t like that. He made fun of me the whole time. And it was like — it wasn’t a date. It was not a date. It was like, he was friends with her boyfriend and I was friends with her. So by default we all hung out, but it was not a date. Like we made fun of each other the whole time. It wasn’t anything date related. It was just a mutual hanging out. And this is before he was like big time.

But it sounds like you got along with Vince and had fun?

Yeah, I like to make fun of people and so does he. He used my head as a coaster because I’m five one and he’s like seven feet.

Who would you love to see come back for All Stars in the future?

So far, I think they brought back great people. I’ve been really excited about everyone that’s been in the house on both seasons. I get really excited because I just want to see where everybody left off. Like oh, they were doing this now and you’re talking to everyone and they have kids and they have a career. And it’s — the relationships and the conversations have definitely changed from back in our day. So it’s a lot better now. And so I just really enjoy getting to see where everyone’s at today. That’s my favorite part. And if I was to watch the show, that’s what I would care about. I would be like, I don’t care about the challenges. I just want to know what happened with these people.

Would you be up for returning to the show?

I think I’m done. I do think I’m done. It’s really hard on my little girl. She actually said, ‘Mommy, please don’t go on any more shows.’ That killed me. And I did have a little more mom guilt on Season Two that I did on One because for One I was like, ‘I deserve this after a year of COVID and homeschooling.’ Then this time she was like, ‘Are you going to be there for my first day of school?’ It was a lot harder to be away. Obviously I have such a good time on the show, and I have no regrets, but I feel like my heart is always home and where I kind of need to be. But I did have a great time. I had a great time Season One as well.

Catch the premiere of Season Two of “The Challenge: All Stars” on Paramount + on Thursday, November 11.