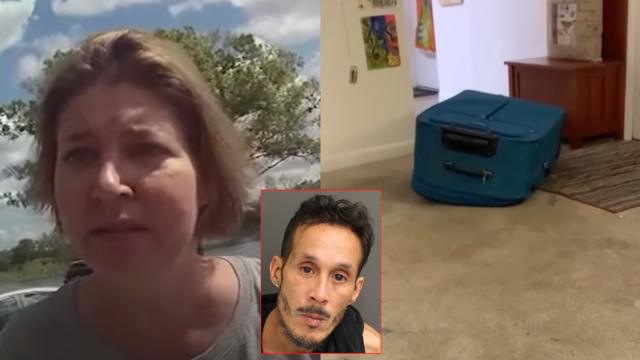 The Orange-Osceola State Attorney’s Office in Florida released footage allegedly recorded by accused murderer Sarah Boone showing her taunting her boyfriend Jorge Torres Jr. while he’s locked in a suitcase begging for help. Authorities allege that Boone left Torres Jr. in the suitcase overnight and found him dead the next morning. Boone told police that Torres Jr. willingly got into the suitcase and was let out shortly after during a game of hide-n-seek. Detectives obtained a warrant to search her phone and found this video.