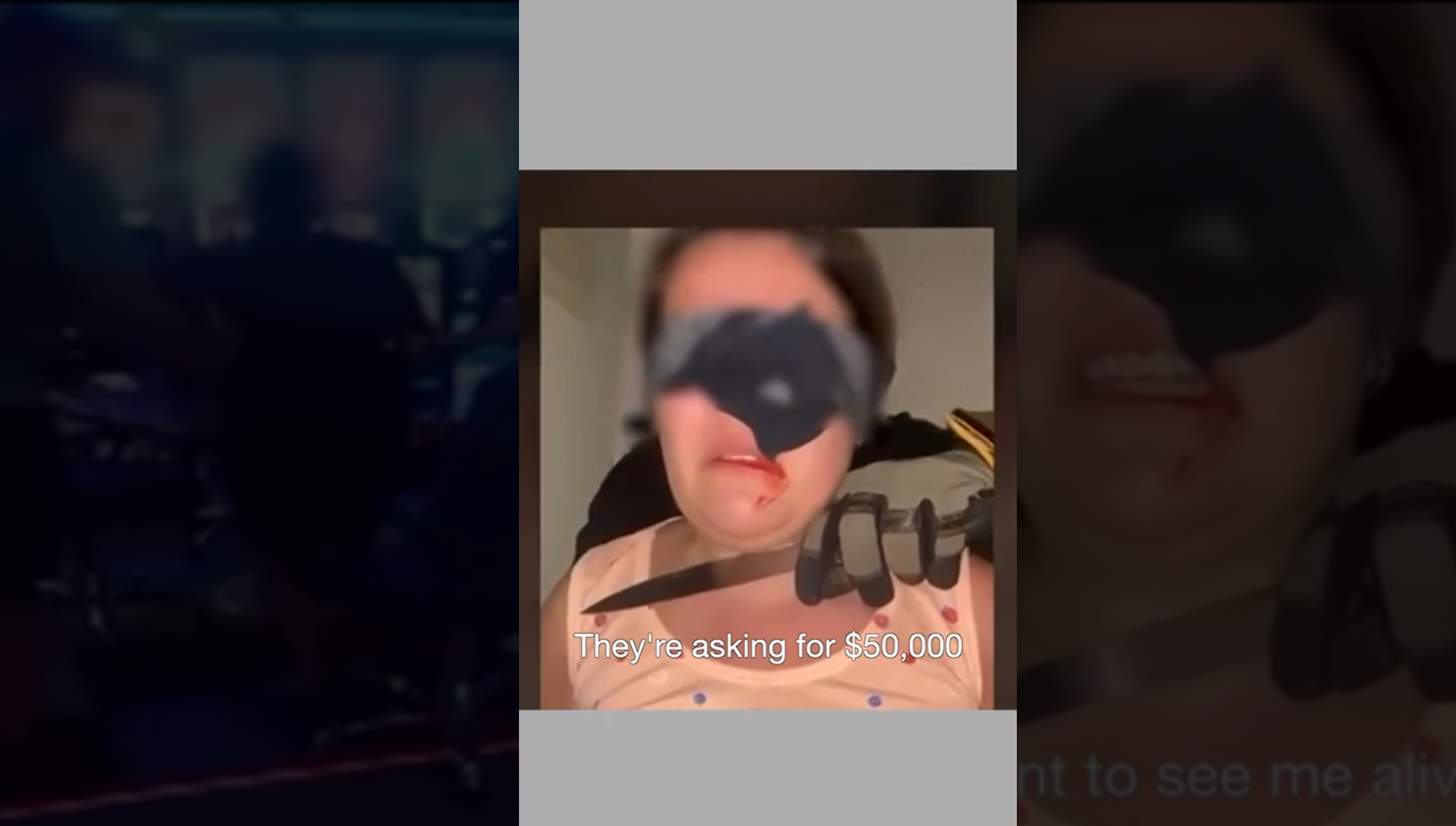 A woman in Spain has been arrested for faking her own kidnapping for the fourth time. Police in Spain have arrested a 30-year-old woman and four others over a video that shows the woman being kidnapped. In reality, the woman is faking the kidnapping, and this is her fourth time doing it.

In the video, viewers can see a blindfolded woman with a man holding a knife to her throat. “Mommy. They’ve kidnapped me, Mommy, and I don’t know why,” says the woman in the video. “You can’t say anything to the police. If you do, they’ll kill me.”⁠ Throughout the video, the woman claimed she’d been beaten and had fake blood running from her mouth. She even added that she wasn’t being fed.⁠