Three different characters pop up in the end credits — and, yes, THAT’S who that voice belongs to.

It wouldn’t be a Marvel movie without some mid and post-credits scenes — and “Eternals” certainly delivers the goods when it comes to teasing the future of the MCU.

This should go without saying, but SPOILERS AHEAD for the ending of “Eternals,” as we break down those two stingers.

After defeating the giant Celestial Tiamut and talking both the secretly villainous Ikaris (Richard Madden) and Sprite (Lia McHugh) away from the dark side, the Eternals are left with an uncertain future. Ikaris makes good on his name and flies straight into the sun, presumably killing him, Sprite, is turned human by Sersi (Gemma Chan), and Thena (Angelina Jolie), Druig (Barry Keoghan) and Makkari (Lauren Ridloff) head to space to free more Eternals from Celestial control.

Sersi, Phastos (Bryan Tyree Henry) and Kingo (Kumail Nanjiani) decide to stay on earth, but that choice is upended when they’re transported and threatened by Arishem by disobeying the Celestial’s orders. Their fates remain unclear, but it can’t be good. 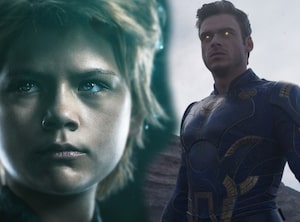 Eternals Star Lia McHugh Geeked Out Over Richard Madden: ‘So Beyond Giddy’ (Exclusive)

The first credits scene pops up mid-way through and shows Thena, Druig and Makkari aboard The Domo — before Pip the Troll pops up on the ship, announcing the arrival of another newcomer; Eros, brother of Thanos and known by his Avengers name Starfox in the comics. Pip is voiced by Patton Oswalt, while Eros is played by Harry Styles. Revealing he’s a fellow Eternal — or can at least communicate with other Celestials — he says the group will need his help saving Sersi and the others.

In the comics, Pip is often teamed up with either Thanos or Adam Warlock, the latter of whom will appear in “Guardians of the Galaxy Vol. 3” and played by Will Poulter. Could we see them both pop up in that movie next? Only time will tell.

As for the other scene, at the very end of the credits, it focuses on Kit Harington’s Dane Whitman — who was about to share his big secret to Sersi before she was teleported to space. While Whitman appears to be a regular Joe during his brief moments in the film, the name belongs to the superhero Black Knight in the comics — and Kit’s future in that role is confirmed in the stinger. 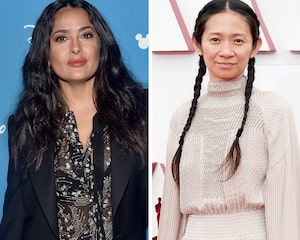 Dane is seen opening a box with his family’s crest on it, revealing what it almost certainly the character’s Ebony Blade. As he goes to touch it, a voice is heard off screen asjing him, “Sure you’re ready for that, Mr. Whitman?”

While we never see the man asking the question, director Chloe Zhao confirmed it belonged to the one and only Blade, who will be played by Mahershala Ali in an upcoming solo film.

“That was the voice of one of my favorite superheroes, Mr. Blade himself. Blade, Blade, Blade, yeah!” she told Fandom. Of his upcoming movie, she only added, “You just have to wait for it. I don’t know what they’re doing with the movie, but Mahershala is is a treasure. It’s going to be epic.”

Harington told Fandom he filmed the scene by himself, so he had no idea initially what was going on. “It’s really cool. [Chloé] texted me about that a couple of weeks ago and it sort of blew my mind,” he said. “I didn’t know that that would be the case, so it’s pretty exciting for me.”

“Eternals” is in theaters now. 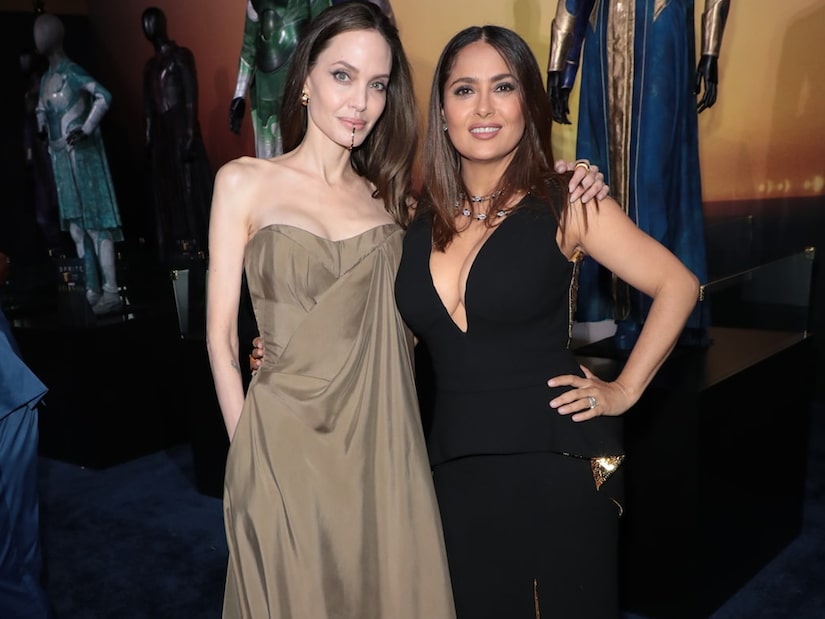