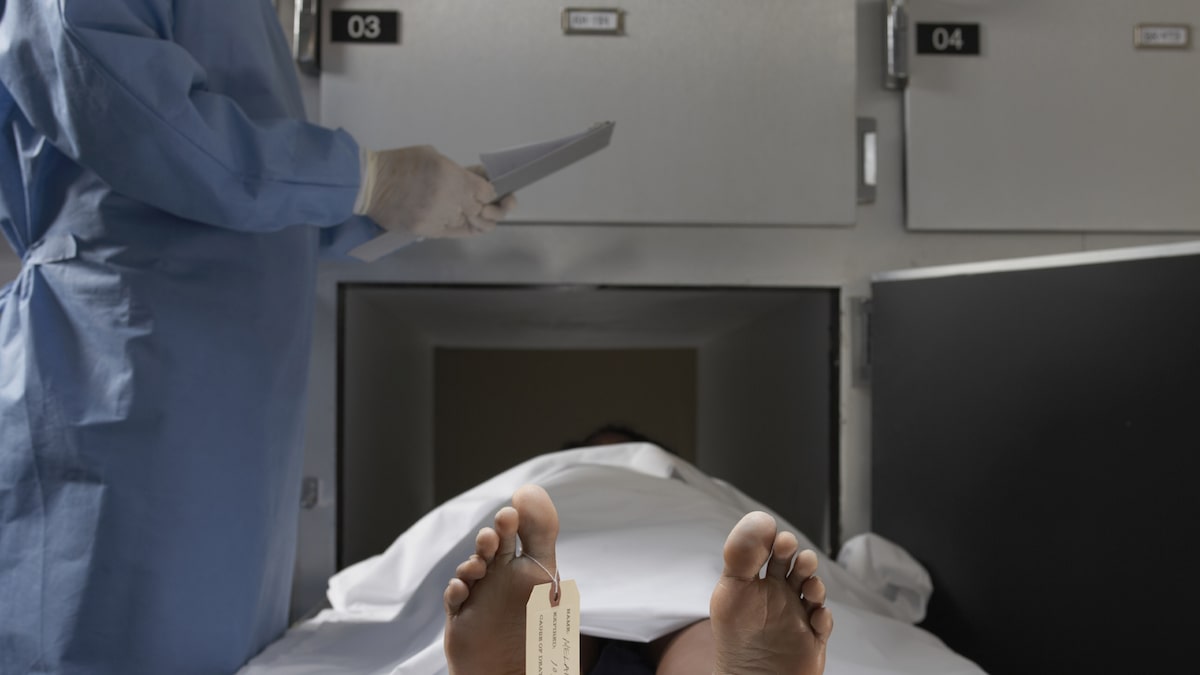 The woman claims her late husband was “treated like a piece of meat in front of a paying audience.”

The corpse of a man who died of Covid-19 was dissected in front of a live audience at an autopsy exhibition, however, his family says they did not give consent.
According to Seattle news station KING 5, the remains of an elderly man, who was identified as 98-year-old David Saunders, were supposed to have been donated for medical research, per his family. However, Saunders’ body ended up being used for a live pay-per-view autopsy and dissection at the Oddities and Curiosities Expo in Portland, Oregon last month.
Following Saunders’ death, his body was prepared by Church Funeral Services in Baton Rouge, Lousiana and donated to Med Ed Labs, a Las Vegas company that receives body donations for medical research. Med Ed Labs then sold the corpse to DeathScience.org founder, Jeremy Ciliberto, who organizes the cadaver dissection “class” with the Oddities and Curiosities Expo.
Advertisement. Scroll to continue reading.
Last month, the traveling expo, which tours across the country, held an event at a hotel ballroom in Portland, where an audience — who KING 5 reported paid up to $500 per ticket — viewed a live dissection of Saunders’ corpse.
Church Funeral Services’ director Mike Clark told the outlet that Saunders’ family believed his body was being donated “for the advancement of medical students” and not how it was ultimately used.  He also claimed that Med Ed Labs didn’t inform him or Saunders’ family. Clark said he and his staff were “horrified” of how Saunders’ remains were used at the live dissection.
“It makes me really feel saddened that this gentleman was not given the dignity and the respect that he deserved and what he thought and his family thought that would be happening to his body,” he said. “I was totally horrified. Our whole staff was horrified that this is what had happened to a gentleman that he and his family thought that his body was going for the advancement of medical students.”
Saunders’ widow also said she was “horrified” that her late husband was “treated like a piece of meat in front of a paying audience.”
“I can guarantee that that man knew his body would be used for medical research,” Ciliberto told the outlet, claiming Med Ed Labs knew what he planned to do with the cadavers.
Advertisement. Scroll to continue reading.
However, an administrator for Med Ed Labs, Obteen Nassiri, said Ciliberto was “beyond dishonest” with him, saying the man alleged Sanders’ corpse would be used for a medical class.
“We feel that this was not respectful and certainly not ethical,” Kimberly DiLeo, the chief medical death investigator for the Multnomah County, Oregon Medical Examiner told KING 5.
A second pay-per-view autopsy event planned for Halloween in Seattle was later canceled.