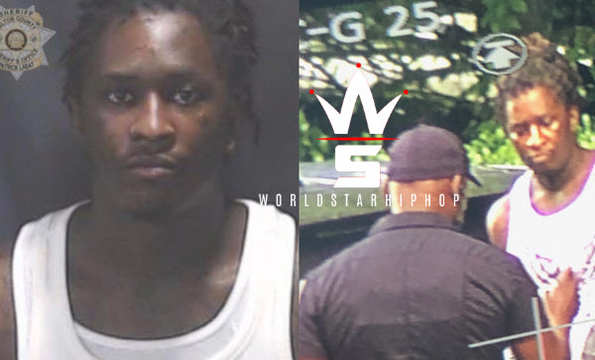 ” A popular Atlanta rapper was arrested at a Buckhead mansion on Monday. Jeffery Lamar Williams, who goes by the stage name Young Thug was charged with participation in criminal street activity and conspiracy to violate the Racketeer Influenced and Corrupt Organizations Act, according to jail records. This is not Williams’s first run in with the law in Georgia. In Dec. 2016, he was arrested at Lennox Square on an outstanding warrant for failure to appear. They have all since bonded out. In Sept. 2017, Brookhaven police arrested him on drug charges during a traffic stop for an alleged illegal tint violation. He was charged with possession of meth, hydrocodone, and marijuana with intent to distribute as well as having three other controlled substances and a firearm during the commission of a felony.”