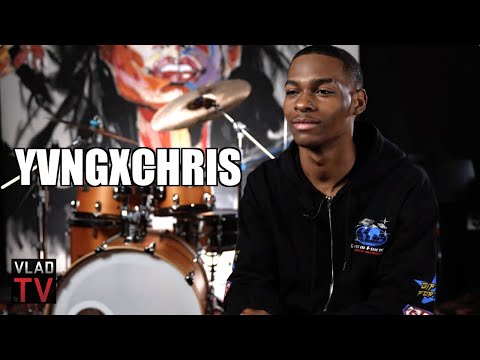 Part 1: https://youtu.be/7nbzPTe8O6s
——–
In this clip, Yvngxchris opened up about getting attention from labels and eventually deciding to sign with Columbia. He then revealed that since it was during the pandemic, Columbia execs flew out to his hometown in Virginia, where they brought the paperwork to sign his deal. Yvngxchris then detailed how his career changed after signing to Columbia, including recording in a studio, as he recorded his demo on his phone.

Moving along, YvngxChris talked about where Kanye broke into the music industry and how he has become inspired by watching his documentary on Netflix. The Virginia-based rapper then details the inspiration behind the making of “Blood On The Leaves” and attributes much of it to Kanye West. As the discussion moves along, he talks about his recording process and reveals that he often comes up with his rhymes on the spot. Later in the interview YvngxChris shares some of his marketing tactics for rolling out his material on TikTok and what the social media platform has meant for his career.