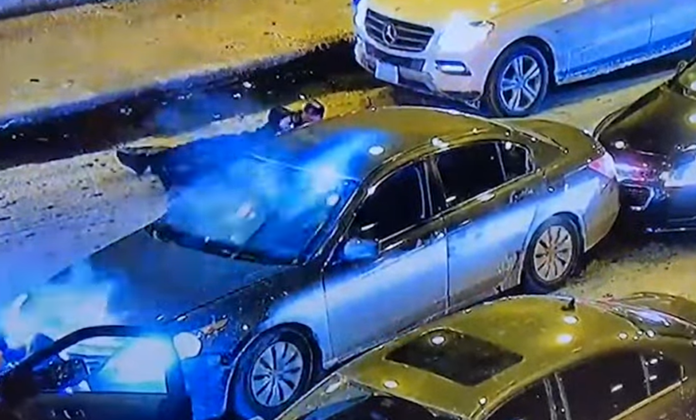 CHICAGO (CST) – Surveillance footage of a police shooting Wednesday night on Lower Wacker Drive in the Loop appears to show officers exchanging gunfire with the occupant of a vehicle police say was recently hijacked. The gunfight unfolded just before 9 p.m. in the 200 block of East Lower Wacker Drive and left a 25-year-old man shot several times, officials said.