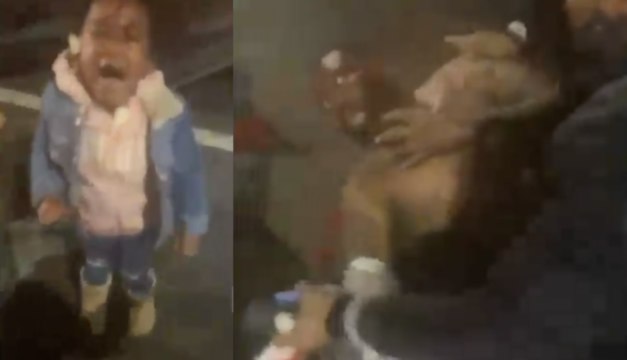 A 26-year-old man was critically wounded while driving Thursday night with his 3-year-old in the car.

At around 7:20 p.m., authorities were called to the 0-100 block of East 79th Street on the report of a shooting. Police believe a 26-year-old was driving and pulled up alongside an unknown vehicle. At some point, a suspect in that vehicle fired shots at the manâ€™s vehicle.

The manâ€™s vehicle came to a rest after striking a parked vehicle in the 300 block of East 79th Street.

The man, 26, was shot in the face and rushed to the University of Chicago Medical Center in critical condition.

It was previously reported that the 3-year-old girl in the vehicle suffered a graze wound to the head. Police later issued an update and said it was determined the child was never shot nor injured.

The manâ€™s family told the Chicago Sun-Times is a member of the U.S. Navy.

No suspects are in custody as Area Two detectives investigate.