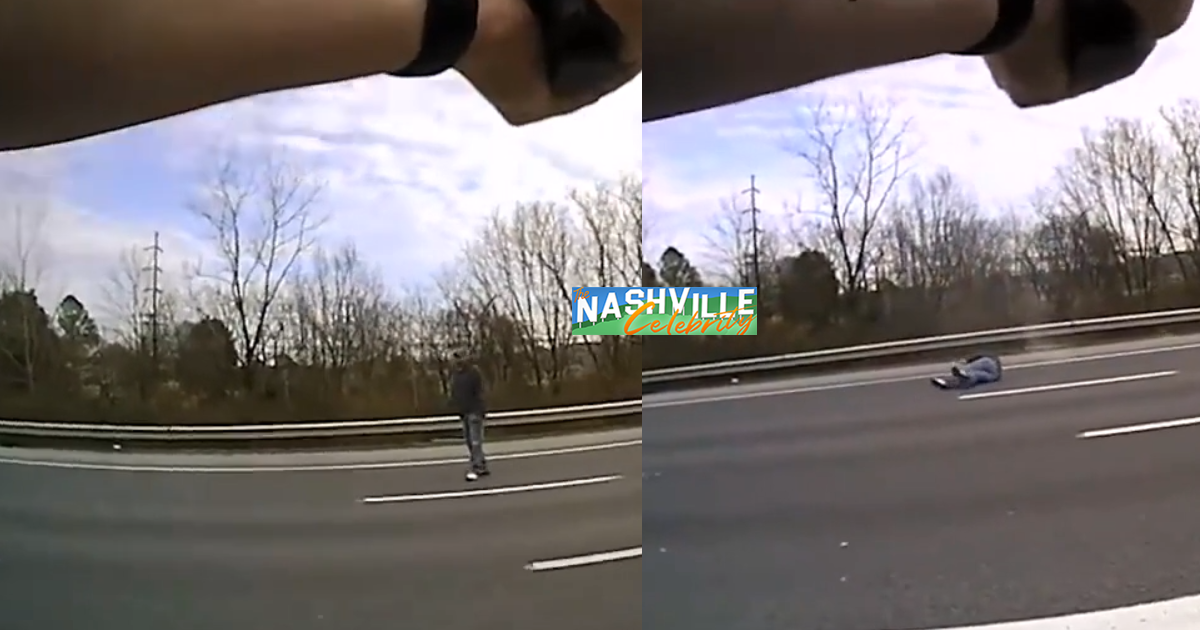 Metro Nashville Police spokesman Don Aaron said Eastep, 37, was sitting on the guardrail near exit 78. A Tennessee Highway Patrol saw the man and wanted to help him.

The trooper tried to talk to Eastep however, Eastsep pushed the trooper away before displaying a box cutter which escalated the situation, Aaron said.

The trooper called for backup.

Before backup could arrive, an off-duty officer from Mt. Juliet who was heading home after his shift, came upon the scene and joined the trooper in trying to talk down Eastep.

Other officers arrived on site and continued speaking to Eastep. But thirty minutes into the incident, nine Tennessee officers opened fire on Eastep as he “suddenly” reached for an unidentified “metal, cylindrical object” near his waist before “taking a stance as if he had a firearm”. That object was not a firearm, according to Nashville police.

Eastep was taken to a nearby hospital and pronounced dead.