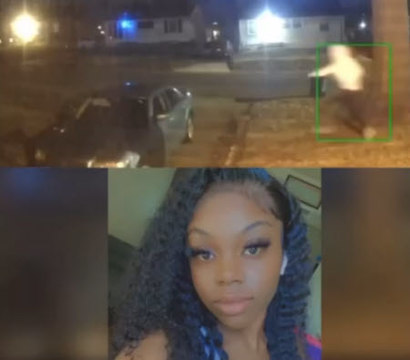 “On January 11, 2022, at approximately 3:23 AM, St. Louis County Police officers from the North County Precinct responded to a call for service for a shooting in the 300 block of Lancashire Road. Responding officers located 23yr old Shabria Furlow,, suffering from at least one gunshot wound.
Furlow was pronounced deceased on the scene.
Authorities say that the homeowner was justified in killing Furlow because it was “just legitimate self-defense,” according to Christopher King, a spokesman for the St. Louis County prosecuting attorney’s office. “She shows up with a number of armed males,” King said. Furlow was allegedly caught on a home camera nearby approaching the home with four men. Two of them carrying guns, King said. The men have not been caught as of yet. Please contact the St. Louis County Police Department at 636-529-8210 to speak to investigators if you have any information regarding the incident” – LST News