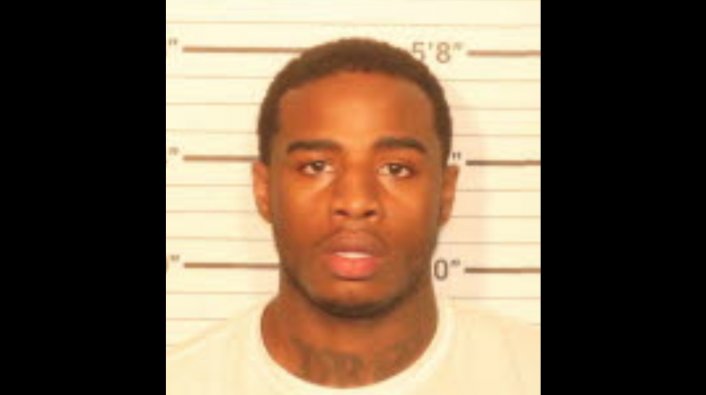 Justin Johnson, aka Straight Dropp, was arrested for the murder of Memphis rapper Young Dolph after briefly going on the run last week. Once Johnson was identified, he claimed he would turn himself in but instead dropped a music video before being apprehended in Indiana.

As the accused killer remains in jail on multiple theft, firearm, and murder charges, more information about the suspect’s charges and criminal history has been made public. In addition to the Young Dolph case, the 23-year-old was also arrested on violation of sex offender registry charges.

In 2015, Johnson was arrested and charged with aggravated rape and robbery as a 17-year-old. As a result of the crime, Johnson was placed on the violent juvenile sex offender registry list at 19. Johnson was arraigned for the violation last week and was given a $5,000 bond although he remains in jail on the murder charges.

In addition to the rape charge, Johnson’s criminal history includes: serving nine months of a five-year sentence for a triple shooting at a bowling alley in 2017, drug and handgun charges in May 2018, and an indictment on federal gun charges in July 2018.