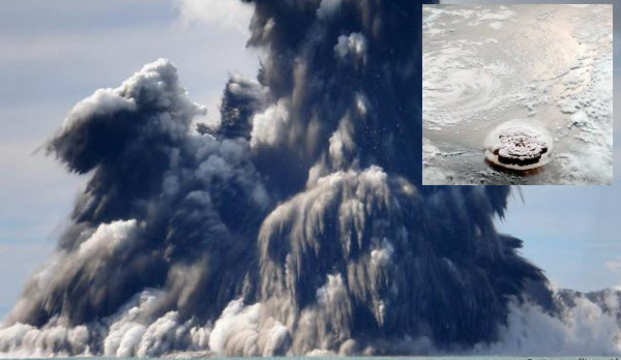 “The US and Japan have advised people on their Pacific coastlines to get away from the shore as a precaution against tsunami waves caused by a volcano eruption in the South Pacific. Japan has warned of waves as high as three metres, and waves of 1.2 metres hit the south of the country. The US warned of strong currents and waves, and coastal flooding. The huge underwater volcanic eruption caused waves of more than a metre to crash into Tonga. The eruption of the Hunga Tonga-Hunga Haʻapai volcano was heard across the South Pacific, and eventually as far away as the US. Many parts of Tonga, whose capital is just 65km (40 miles) south of the eruption, are covered in ash and are experiencing a near-total blackout of power, phone lines and internet services. The extent of any injuries or damage is still unclear.” – BBC News