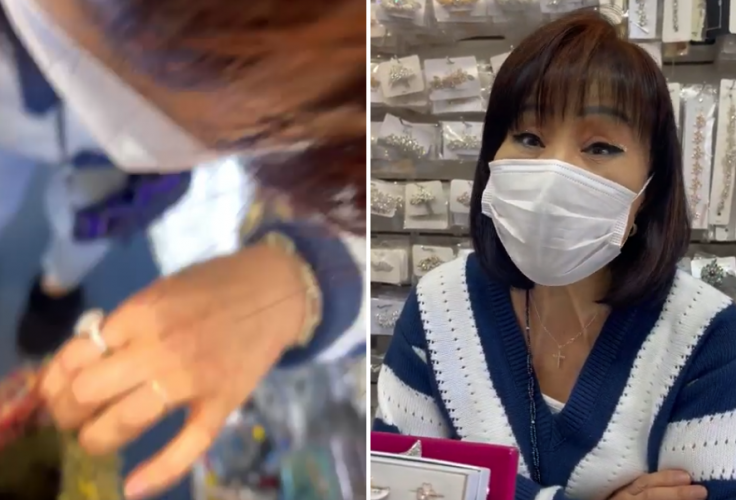 An altercation transpired between a Black woman who is a model and an Asian cashier, and it is circulating the internet.

Reports say that model Megan Milan was shopping at Remy’s beauty store in Los Angeles. That’s when the Asian cashier started to search through the pockets of her coat seemingly trying to spot stolen items. The cashier never found any.

“I was going to spend money with her, but she decided to racially profile me. Only Black person in the store, and you decided to check my pockets. I’m the only Black person. And you dug your hands in my pockets,” Milan stated as she recorded the cashier going through her pockets.

The cashier then told Milan that she is “Asian too.” Milan then responded, telling the cashier that doesnt “mean your black.”

The cashier then retorted, “I’m sorry. I don’t care. I really don’t care.”

After watching the video, many viewers showed their disgust with the situation.

“…Don’t spend your hard-earned money here. Disgusting behavior, and I hope she realizes that what she did was wrong and illegal,” one viewer commented.