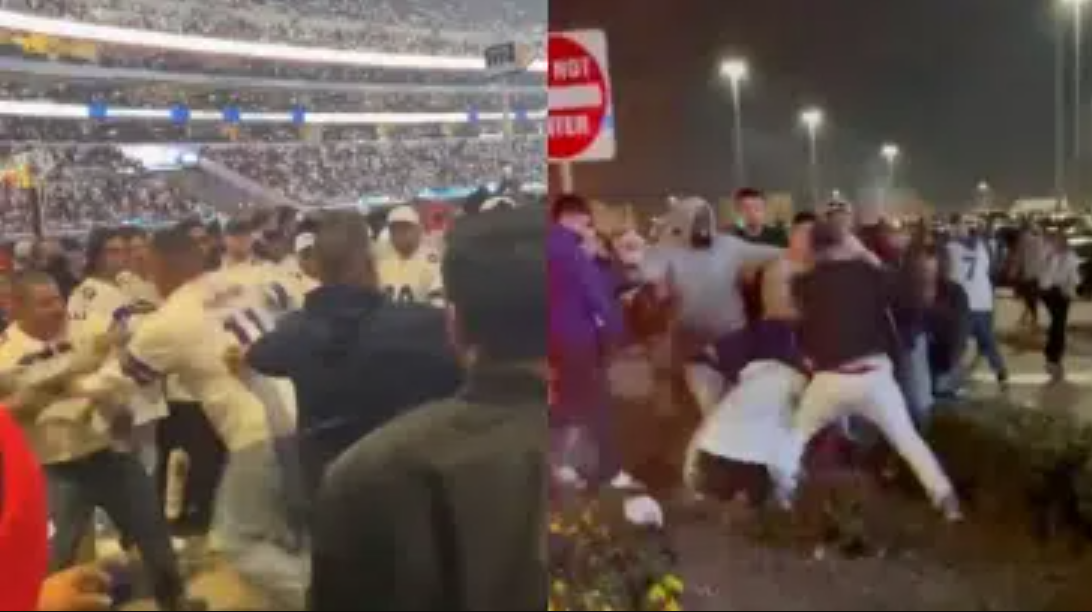 Multiple fights broke between fans in the stands and onto the streets following Sunday’s playoff game at AT&T Stadium, where the San Francisco 49ers defeated the Dallas Cowboys 23 to 17.

The defeat clearly had people in their feelings as Cowboys fans could be seen fighting one another in the stands and in the parking lot, prompting police intervention. Other clips showed 49ers fans involved in the melee.