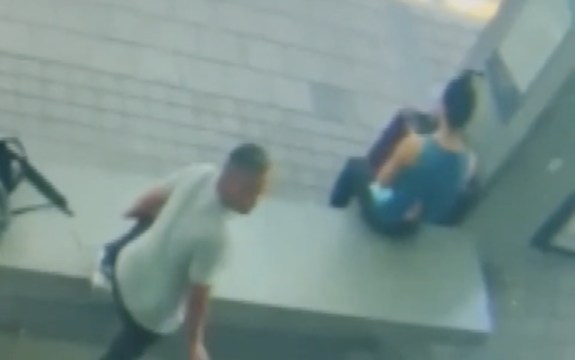 A man who allegedly beat and strangled a woman at a bus stop in Miami-Dade was arrested on an attempted murder charge, authorities said. According to investigators, the incident happened around 11 a.m. Sunday as the 26-year-old woman was waiting for a bus, not far from Miami International Airport when 27-year-old Aaron K. Quinones, approached the woman from behind and started to strangle her with a shoelace. The woman began to defend herself and Quinones started to beat her repeatedly, police said. When a good Samaritan stepped in to stop the attack, Quinones fled the scene, police said. He was found a short time later by officers who were patrolling the area and taken into custody. Quinones was booked into jail, where he remained held without bond Monday, records showed. Attorney information wasn’t available. Miami-Dade Fire Rescue responded and treated the woman at the scene. Detectives are seeking more information on the incident and are looking for the good Samaritan, who left before officers arrived.