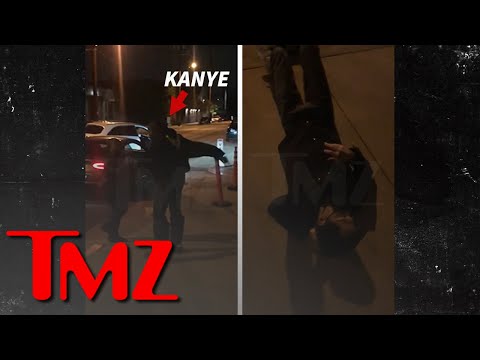 According to law enforcement sources, the music artist was involved in a verbal altercation that escalated into him shoving an individual. It was later reported that West was approached by a fan seeking an autograph, which resulted in West allegedly punching the fan.

Following the early reports, a video has circulated showing Kanye West shouting, “Get away from me!” to a female attempting to calm him down. The woman, who’s reportedly West’s cousin, repeatedly and calmly tells him, “I am your family,” as the rapper continues to storm off in a rage.

Later in the clip, the camera pans to the floor where a man is seen lying on the ground. According to witnesses, Kanye West punched the man in the head and neck, causing the autograph seeker to hit his head on the ground hard.

Prior to the alleged assault, witnesses say Kanye West asked a small group of people not to take photos of him and explained that he was going through a hard time. When someone replied that it was okay and everyone goes through family issues, that’s when West carried out the alleged assault.

The alleged victim refused medical treatment at the scene before getting checked out at urgent care. The LAPD is currently investigating Kanye West for battery, which carries a maximum jail sentence of six months.