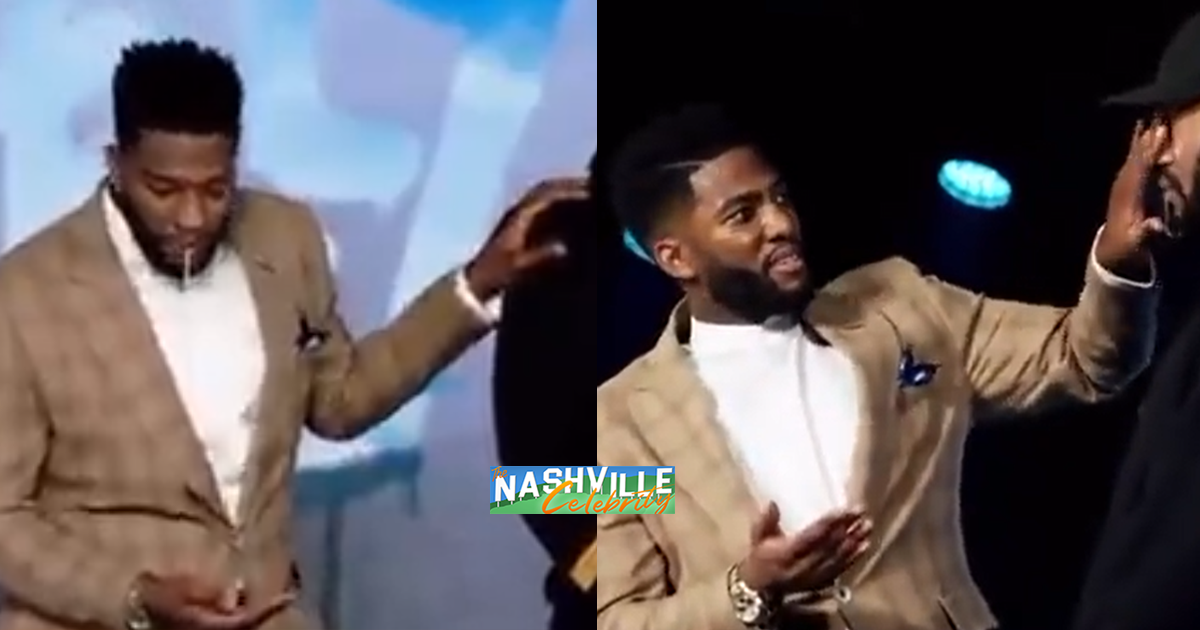 Pastor Mike Todd went viral on social media this past weekend over his shocking and “nasty” way of getting his point across while delivering a sermon.

In the viral clip, the pastor is standing next to a man while speaking to his congregation about changing one’s life in the face of others’ uncertainty. While the speech seemed customary and innocent, viewers got the feeling something shocking was getting ready to take place as Pastor Todd spits in his hand in the middle of his sermon.

“This is where most people would not face Jesus anymore. What most people would do is turn away,” Todd said before spitting in his hand again. “What I’m telling you is just as he’s physically standing here knowing what’s coming, God’s saying, ‘Can you physically and spiritually and emotionally be able to stand it when getting the vision or receiving it might get nasty?'”

After asking the question, Todd rubs his hands together and spreads the spit all over the man’s face as the crowd

Rubs his hands together and proceeds to spread his spit all over the man’s face as the crowd is heard responding in shock.

“Do you hear and see the responses of the people?” Pastor Todd asked. “What I’m telling you is how you just reacted is how the people in your life will react when God is doing what it takes for the miracle.”