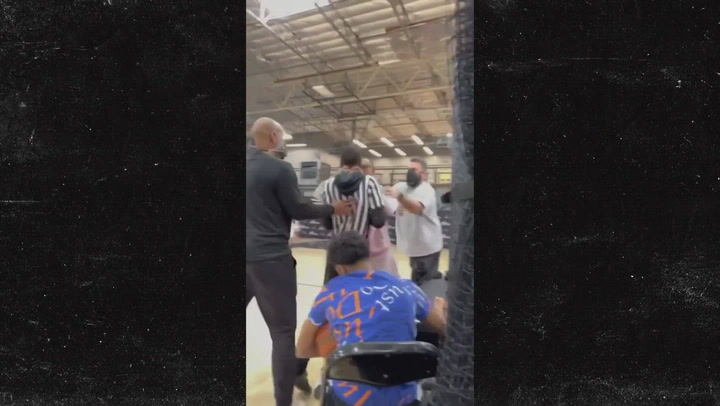 The head coach of a youth basketball has been fired from his job, following an attempt to strangle a referee during the heat of competition at Sports Academy in Thousand Oaks, California. Although the entire incident was captured on camera, details regarding the names of the assailant and the victim are scant.

According to reports, the ex-coach of the Cavs Youth Basketball’s 10U team became enraged after receiving two technical fouls, during a game that was highlighted by a controversial call. From there, a verbal spat between the coach and referee began. Shortly thereafter, the coach grabbed the referee by his neck and choked him until a couple of bystanders managed to get in between the two.

In an interview with TMZ, the founder of the Cavs Youth Basketball 10U team expressed his displeasure with the actions of his organization’s former coach.

“It was unfortunate,” McDonald said. “Our program has been around for over 30 years and before it even went viral, the coach was no longer part of our program. It’s completely unacceptable to behave that way in front of our youth. There’s no excuse, I don’t care what someone says to you. You have to find a better way to handle that particular situation.”

No major injuries have been reported as of yet and there is still no word on whether or not the referee who was choked will press charges against Darryl McDonald’s organization or its former AAU coach.

Advertisement
In this article:Featured, videos