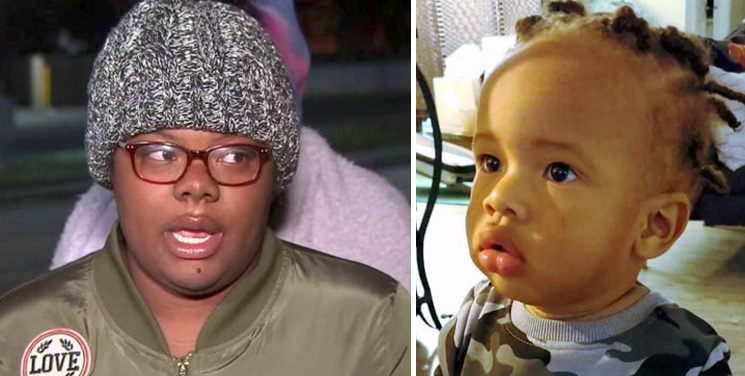 The search for 1-year-old Blaise Barnett has ended. 11 Alive News reports the toddler was found safe at a home less than a mile from where he went missing early Wednesday morning.

The Georgia Bureau of Investigation confirmed Blaise was found safe more than 24 hours after he was taken in the family’s stolen SUV.

A woman in a home on Rogers Street called police to say she saw the baby in her car outside her home in Clarkston.

She did not know how the 1-year-old got inside her car and she didn’t say if she left her car doors unlocked.

A GBI spokesperson was seen carrying the crying baby outside the home on Thursday, 11 Alive News reports.

This is how missing baby Blaise was found – A woman found Blaise Barnett, the subject of an Amber Alert, inside her car on Rogers Street in Clarkston. https://t.co/hfXvZxzPKx via @11AliveNews

The baby’s parents said they were unloading groceries from their 2002 Ford Explorer around 1 a.m. on Wednesday. They returned to find someone had driven off with the SUV and the baby inside.

Police located the SUV abandoned behind a vacant apartment complex about a mile away from the family’s residence in Clarkston. There was no sign of the baby or his car seat inside.

No arrests have been made in the case.