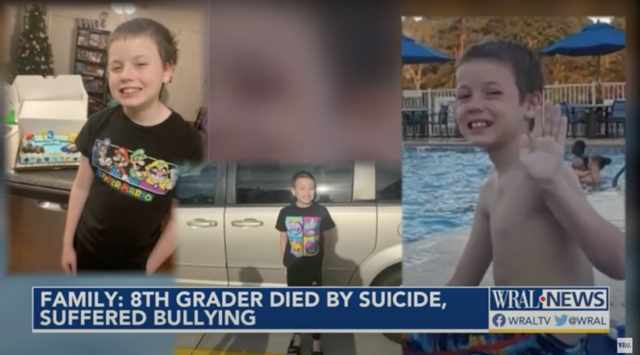 A grieving North Carolina mother is urging all parents to “check on your kids,” after her 13-year-old son took his life at school on the first day back. On Tuesday (Sept. 6), the principal of Wendall Middle School in Wendall, NC sent students home early, claiming there was a “medical crisis” on campus. At that time, Jessica Pendergrass was notified that her 8th grader, Austin, had taken his own life inside of one of the bathrooms on campus. School officials say two students were the first to find Austin’s lifeless body. Pendergrass says her son — who played in the band, liked telling jokes, and had a heart for animals — dealt with bullying since he was in the sixth grade; and things have only gotten worse. While the student was able to enjoy his summer, the fun abruptly ended as soon he returned to school this year. Austin’s grieving mother says “the signs were there, but the bullying was so bad.” Now, she is pushing for other parents to teach their children to be kind.