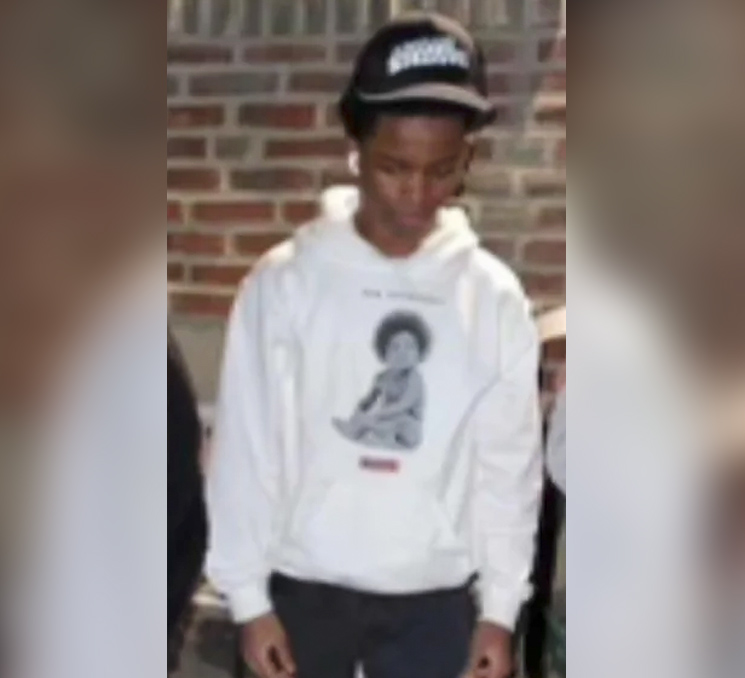 Two gunmen chased a 14-year-old boy and shot him 18 times while he stood on a corner waiting for a SEPTA bus in Philadelphia on Monday.

Police say Samir Jefferson was standing on the corner of Sun and Wyoming avenues in the Feltonville neighborhood around 3:30 p.m. when a car pulled up and the gunmen stepped out and approached him.

The gunmen chased the boy — firing 36 shots and hitting him 18 times.

“A car load, possibly one or two cars, pull up,” said Chief Inspector Scott Small. “At least two males get out, and they start shooting and chasing this victim and the victim runs about a block east on Wyoming.”

Samir was pronounced dead at 4 p.m. at Temple University Hospital.

The suspects fled in the vehicle which was stopped by police at the intersection of 5th Street and Somerville Avenue. Three suspects — two men and a woman — were taken into custody.

Police markers covered dozens of spent shell casings in the street outside a Rite Aid pharmacy and large caliber bullet holes dotted a wall of the pharmacy.

So sad:
More than a dozen bullet holes are marked on the side of this Rite Aid where police say two men shot and killed 14-year-old Samir Jefferson yesterday afternoon.

The gunmen fired at least 35 shots, striking the victim 18 times.

Police say no arrests or motive yet. @6abc pic.twitter.com/CBMADiU4KO

“Earlier today, we lost another young life to senseless gun violence–the fourth since yesterday,” Philadelphia Police Commissioner Danielle Outlaw said. “My heart grieves for the victims, their families, and this city.”

Samir’s murder occurred a day after a 16-year-old boy was shot eight times in North Philadelphia.

Philadelphia has recorded at least 508 homicides so far this year, making 2021 the deadliest year in the city’s history.