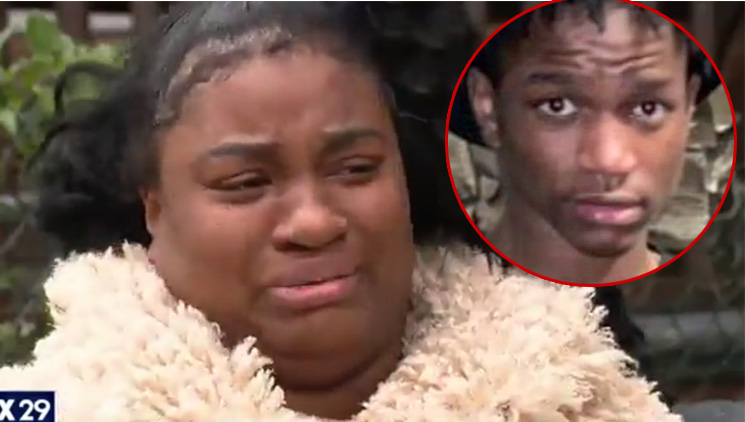 Two suspects have been arrested in the shooting death of 14-year-old Samir Jefferson, Philadelphia police say.

Jefferson was chased and shot 18 times by several gunmen after allegedly sending a fight video to someone on social media.

Police say Samir Jefferson was at a North Philadelphia bus stop near his high school in the city’s Feltonville neighborhood when a car pulled up around 3:30 p.m. on Monday.

Several men got out of the car and chased the boy down a sidewalk on the 100 block of West Wyoming Avenue.

The assailants opened fire — striking Jefferson 18 times. He ran another block before collapsing and was pronounced dead at Temple University Hospital.

Police collected 35 spent shell casings near a Rite Aid pharmacy. More than a dozen bullet holes dotted one wall of the pharmacy.

The gunmen left the scene in a vehicle driven by a female. Police stopped the vehicle nearby and took the occupants into custody.

On Wednesday, Deputy Commissioner Ben Naish said three separate shooters in their 20s were involved in Jefferson’s murder, according to 6 ABC News.

Naish said two suspects are in custody and three other suspects are still at large. A woman was reportedly cooperating in the investigation.

During a press conference on Wednesday, Naish urged the suspects to turn themselves in.

“They know who they are. I don’t know what they’re doing to try to hide their way or prevent them from being arrested,” said Naish.

A source tells Action News that Jefferson may have been killed for taunting someone on social media.

Jefferson’s family say his Instagram shows he messaged a fight video to someone approximately 15 minutes before he was killed.

Police say they are investigating whether the video was a factor in this case.

. Family speaks out after 14-year-old chased, fatally shot in Philadelphia ?
? @FOX29philly
Please keep the family of Samir Jefferson in your thoughts and prayers!! How many mother’s do we need to see crying like this before we WAKE UP? THIS IS SAD #unsolvedmurdersinphilly pic.twitter.com/0yeikggyBv

Samir’s murder was the third in just 2 days in Philadelphia. A 16-year-old boy was shot dead the day before Samir was killed.

Police say social media drives most of the violent deaths of young people in Philly.

The city broke a longstanding record for homicides in one year with 508 in 2021.