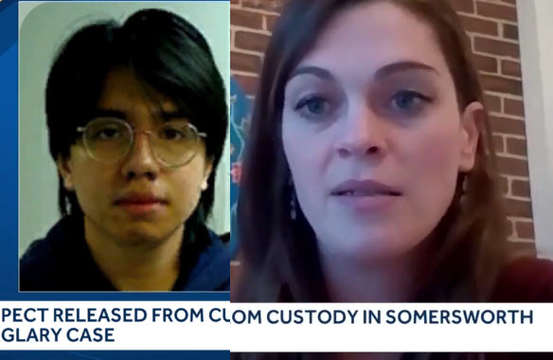 “A Pennsylvania man is accused of breaking into a woman’s home and hiding in the attic after they met on the social media platform OnlyFans. Mauricio Damian Guerrero, 20, of Bensalem, Pennsylvania, allegedly broke into the woman’s home in Somersworth, New Hampshire, multiple times last month according to the Somersworth Police Department. The woman told law enforcement officials that she awoke to someone standing in her doorway on Feb 9, according to an affidavit from the police department obtained by USA TODAY. Police heard footsteps on the roof, where they said they found Guerrero. The man was detained, and the woman confirmed that she met him through her OnlyFans account in October 2021. She said she previously gave the man her address after he said he wanted to buy her a television and fireplace. The woman said Guerrero admitted to her before he was arrested that he had been to an apartment where she previously resided. He once appeared outside of her home, and she let him in for approximately two hours, according to the affidavit. Police said Guerrero told officials that he went to the woman’s home to take back the fireplace and television and went into the attic when he heard people in the home. The woman found food in the attic, as well as urine in a cup. Officials also found a Bluetooth tracking device. Police said the man admitted to taking videos of the woman naked without her knowledge in the home. He also said he planned to put the tracking device on her car, according to the affidavit. The woman, who has a young child, told police she noticed that, in the days before Guerrero’s arrest, her keys were temporarily missing in her home. Mauricio told officers after he was arrested that he had taken the woman’s key and made a copy. Guerrero is facing four felony burglary charges.” – USATODAY