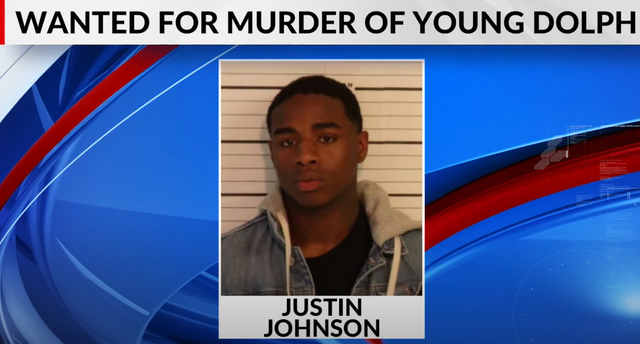 “Law enforcement has announced the name of a man wanted in connection to the murder of Memphis rapper Young Dolph. Justin Johnson is wanted for First-Degree murder, Criminal Attempt-First Degree Murder, and Theft of Property valued between $10,000-$60,000. The U.S. Marshals, Memphis Police Department, Crime Stoppers, and the TBI are offering a combined $15,000 for information leading to Justin Johnson’s arrest. He’s considered armed and dangerous.”