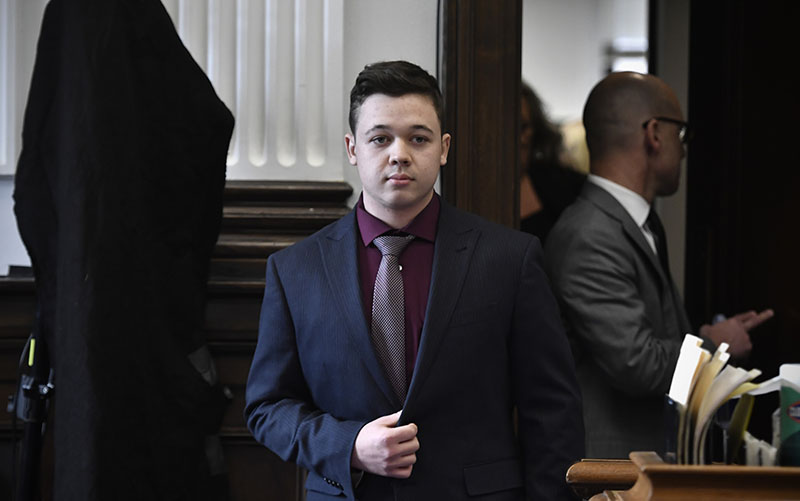 Rittenhouse, 18, was found not guilty on all counts during his murder trial earlier this month. He was accused of killing two white men and wounding a third at a Jacob Blake protest in Kenosha, Wisconsin, in August 2020.

Student groups discovered Rittenhouse was a fellow student after he testified that he was enrolled at ASU.

Despite the fact that he was found innocent, an alliance of student groups plan to hold a rally and protest on Dec. 1. They are calling on ASU administration to remove Rittenhouse.

So far, Rittenhouse hasn’t withdrawn from the school. ASU officials confirmed he is taking online classes.

A letter promoting the rally and protest reads:

“Even with a not-guilty verdict from a flawed “justice” system – Kyle Rittenhouse is still guilty to his victims and the families of those victims.

“Join us to demand from ASU that those demands be met to protect students from a violent blood-thirsty murderer.” 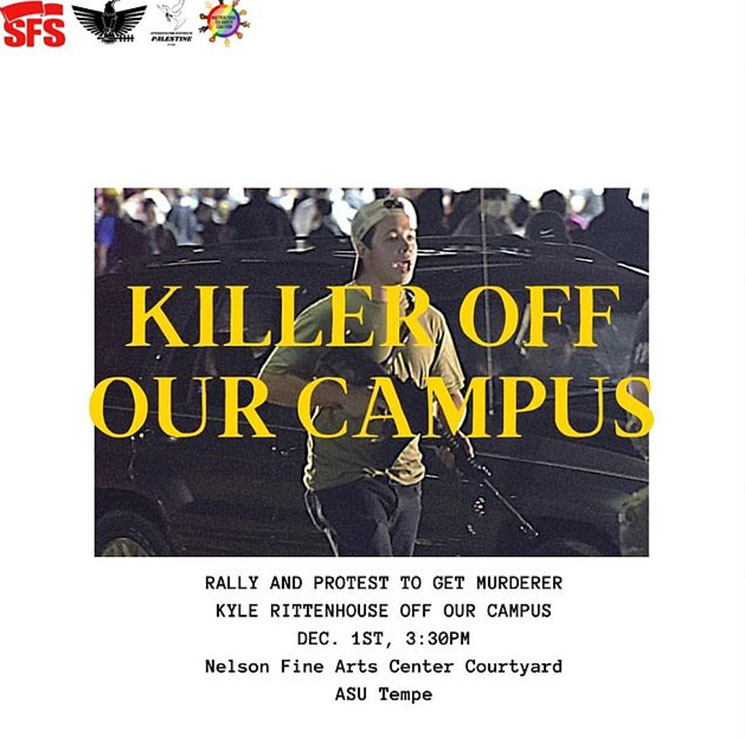 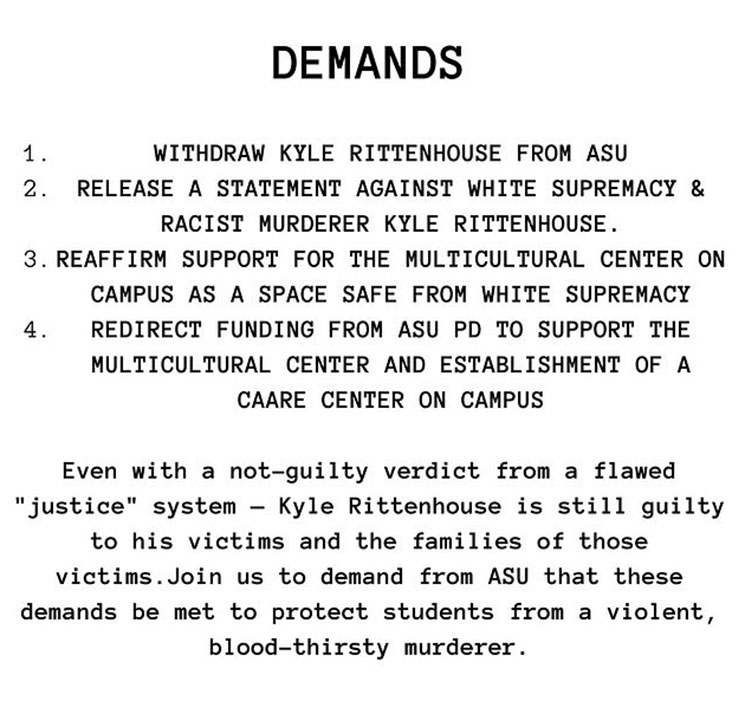