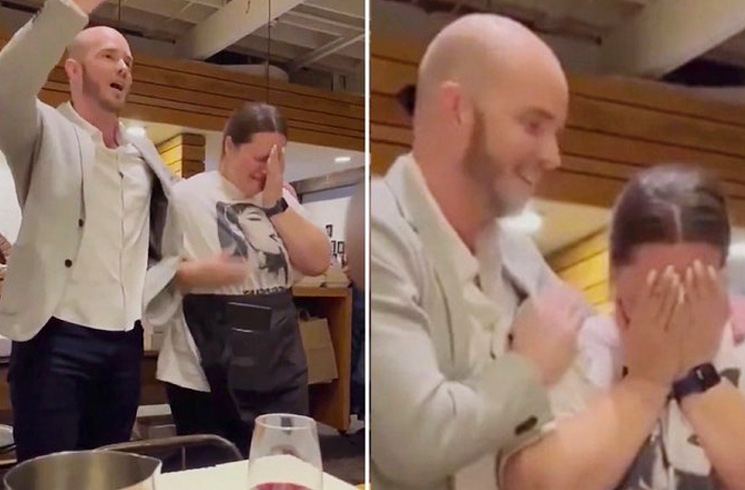 An Arkansas waitress was fired for refusing to share her $2,200 tip with other servers and the shift manager.

The incident ocurred on Dec. 6 when Ryan Brandt and another server waited on a party of more than 40 at Oven and Tap restaurant in Bentonville.

The large party of diners chipped in $100 each as tips for the two servers.

“We knew servers really hit hard through COVID, and it was something that we had come up with to help give back,” Grant Wise told CBS 5.

But the restaurant’s manager instructed Brandt and the other server to pool the $4,400 for all of the servers and the shift manager.

Brandt said servers never shared their tips in the three years she worked at Oven and Tap.

“I was told that I was going to be giving my cash over to my shift manager, and I would be taking home 20 percent,” Brandt told CBS 5.

When Wise found out Brandt wouldn’t receive all of her tip, he called the restaurant and demanded the manager return the $4,400 tip money to Brandt and the other server.

Brandt was terminated the next day.

“They fired me from Oven and Tap over the phone and I’ve been there for 3 1/2 years and that was really heartbreaking,” Brandt told CBS 5. “Especially because I didn’t think I did anything wrong.”

In a statement to CBS 5, Oven and Tap said Brandt was fired for reasons unrelated to the tipping incident and that it “fully honored” the customer’s request to turn over the $4,400 in tips to the two servers.

The statement said the other server — who received $2,200 — was still employed at the restaurant.

Grant Wise, left, launched a GoFundMe page for Brandt, which raised nearly $10,000 as of Monday morning. 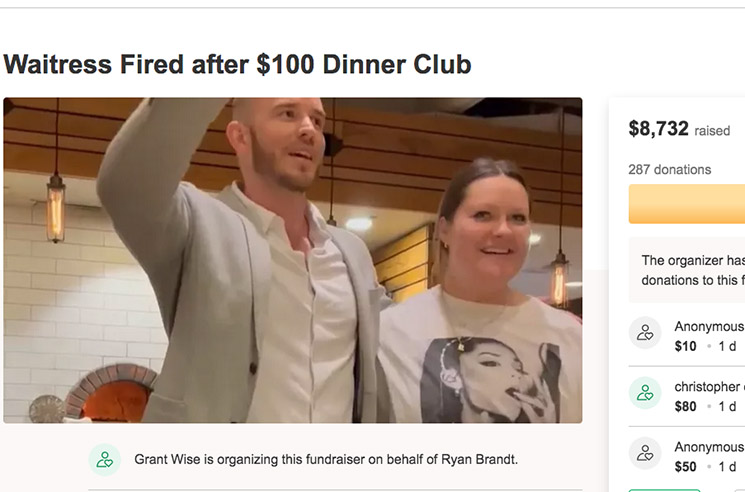