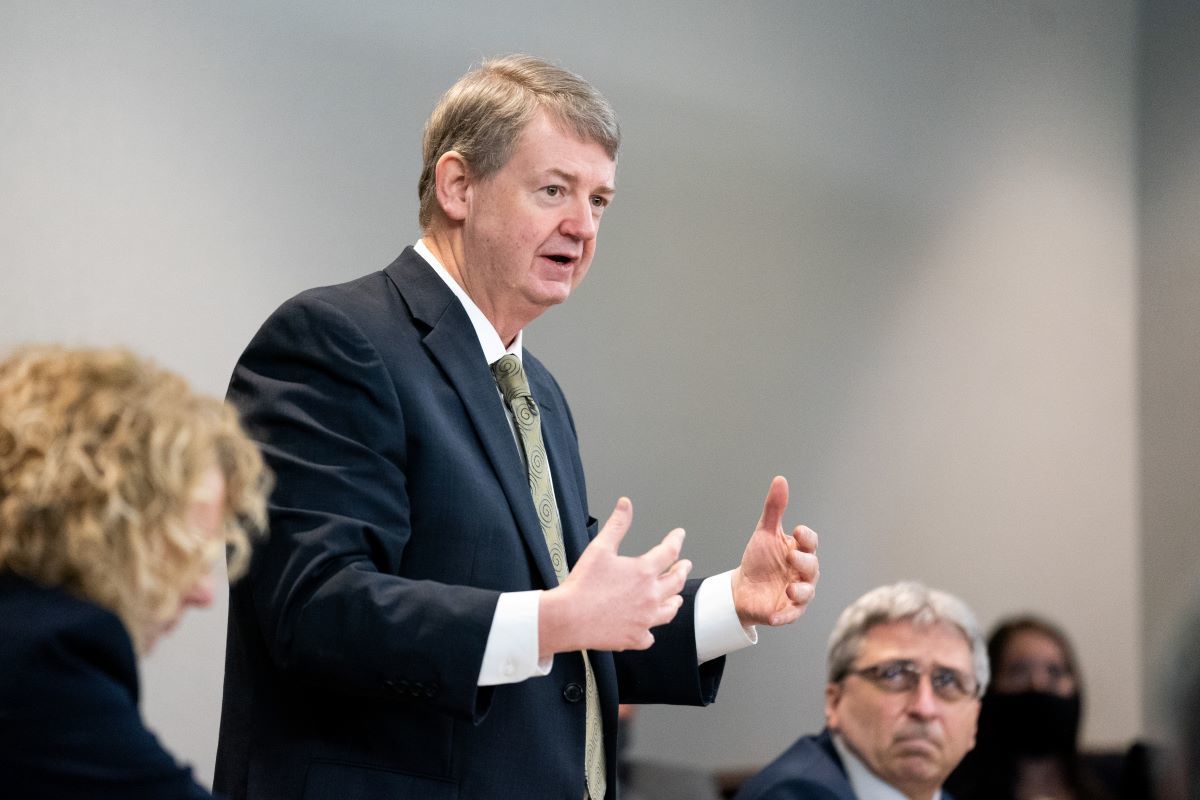 An attorney for one of three white men standing trial for the 2020 killing of 25-year-old unarmed black man Ahmaud Arbery in Georgia has issued an apology in court after expressing concern with the presence of prominent black pastors like Al Sharpton in the courtroom.

After national blowback over his comments last week, attorney Kevin Gough on Friday apologized in the Glynn County courthouse in coastal Brunswick to “anyone who might have inadvertently been offended.”

On Thursday, Gough told the court that he believed the presence of Sharpton and potentially other high-profile African American activist pastors in the courtroom could sway the jury. Sharpton had been invited to the hearing by Arbery’s family.

“Obviously, there’s only so many pastors they can have,” Gough said. “If their pastor is Al Sharpton right now, that’s fine, but then that’s it. We don’t want any more black pastors coming in here or other — Jesse Jackson, whoever was in here earlier this week sitting with the victim’s family— trying to influence a jury in this case.”

“The arrogant insensitivity of attorney Kevin Gough in asking a judge to bar me or any minister of the family’s choice underscores the disregard for the value of the human life lost and the grieving of a family in need [of] spiritual and community support,” Sharpton said in a statement.

“This objection was clearly pointed at me and a disregard to the fact that a mother [and] father sitting in a courtroom with three men that murdered their son do not deserve the right to have someone present to give spiritual strength to bear this pain. This is pouring salt into their wounds. I respect the defense attorney doing his job, but this is beyond defending your client. It is insulting the family of the victim.”

In court on Friday, Gough said he was “asked to address some comments the other day.”

“I will let the court note that if my statements yesterday were overly broad, I will follow up with a more specific motion on Monday, putting those concerns in the proper context,” he said, according to First Coast News. “And my apologies to anyone who might have inadvertently been offended.”

Prominent civil rights attorney Ben Crump vowed that about 100 black pastors would come to pray with the family this week.

Gough’s client, William “Roddie” Bryan Jr, is being tried for Arbery’s murder. Arbery was shot while jogging in Glynn County in February 2020.

Gregory McMichael, 65, and Travis McMichael, 35, are also being tried for the murder.

“I’m guessing he [Sharpton] was there [at the back of the courtroom on Wednesday] at the invitation of the victims’ family in this case. I have nothing personal against Mr. Sharpton,” Gough told the judge before raising concern about the presence of “high profile members of the African American community in the courtroom.”

“If we’re going to start a precedent that started yesterday, we’re going to bring high profile members of the African American community in the courtroom to sit with the family during the trial in the presence of the jury. I believe that’s intimidating, and it’s an attempt to pressure — could be consciously or unconsciously — an attempt to pressure or influence the jury,” Gough argued. “To my knowledge, Rev. Sharpton has no church in Glynn County. He never has.”

Georgia Superior Court Judge Timothy Walmsley didn’t object to Sharpton being in the courtroom as long as his rules were followed.

News of Arbery’s killing made headlines last May after Lee Merritt, the family’s attorney, shared a graphic video of the shooting.

In the video filmed by a witness, Arbery was chased by men in a pickup truck as he ran through a neighborhood. As the witness gets closer, Arbery briefly disappears off camera, and a gunshot is fired. Gregory McMichael appears to stand in the pickup truck bed, holding a shotgun. Two more shots ring out as Arbery appears back in the frame before falling to the ground.

Arbery was unarmed and dead when police arrived at the scene.