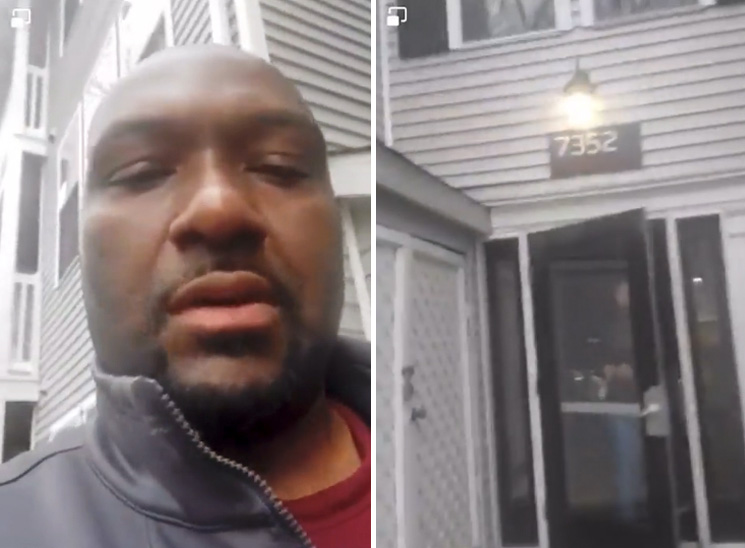 A Baltimore man shot and killed his girlfriend and ex-wife in two jurisdictions before taking his own life on Saturday, Dec. 11.

Baltimore Police Commissioner Michael Harrison said officers responded to an alarm call shortly after 1:30 p.m. in Federal Hill, and found a rear door kicked in. Inside the residence, they found a 41-year-old woman dead from a gunshot wound.

Police received information about a Facebook Live video in which a man said he shot his girlfriend and was on his way to Howard County, Maryland to kill his ex-wife and take his own life.

By the time officers arrived at an apartment in the 7300 block of Eden Brook Drive in Columbia just after 2 p.m., the suspect had killed his ex-wife and himself, Llewellyn said.

In a Facebook Live video, the man calmly explained what drove him to shoot his ex-girlfriend earlier.

“Anyway, I just did something crazy, man. I just shot my ex-girlfriend in the head yo,” he said. “It felt like a dream. I never thought I would be that guy. I can’t go to prison, so the person that really started my depression and all of this is my ex-wife. So, she next. And then I’m going to do myself too.”

His confession was a cautionary tale about the risks involved when women play with a man’s emotions.

“I just wanted to say this to people,” he continued, “don’t play with people’s emotions. Don’t lie on these men. Oh, here’s my ex-wife right here.”

Just then, his ex-wife opened the back door and poked her head out before slamming the door shut.

“Oh nah nah, today is the day,” he said as the video ends.

My friend really killed himself, his ex-wife, and his girlfriend. ??????????? y’all gotta stop playing with people emotions when it comes to their kids. pic.twitter.com/QfuiATNg5m