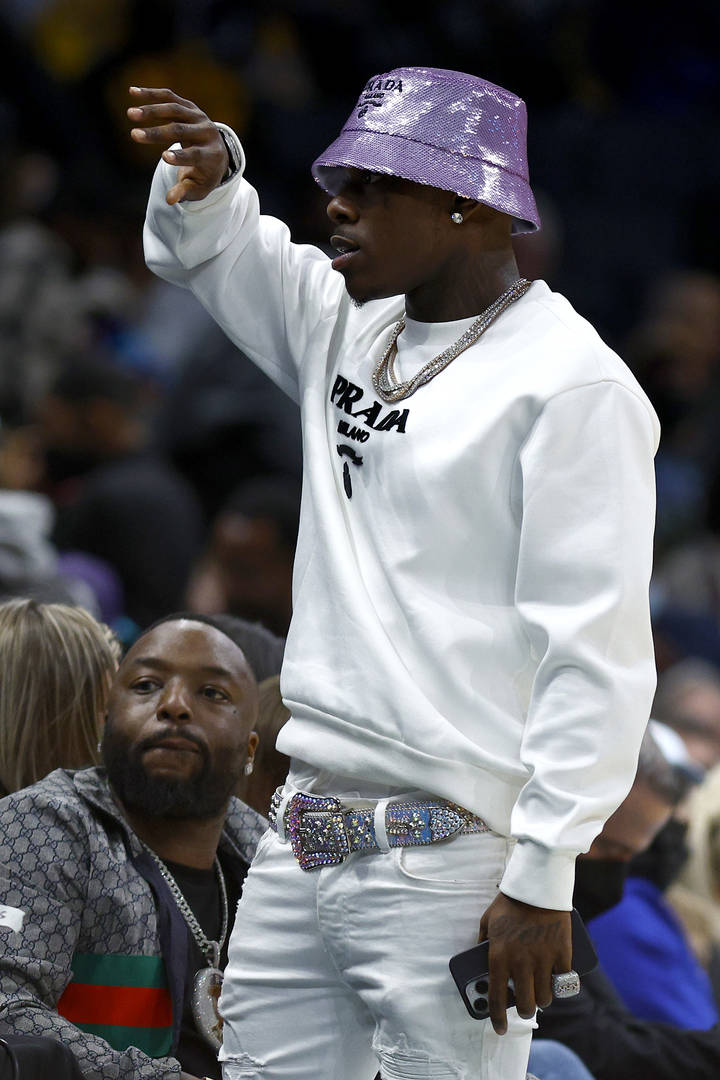 The issues between OTF and NBA Youngboy’s crew have only gotten worse since King Von‘s death. However, it extends beyond either camp. Last year, DaBaby, who previously worked with both Lil Durk and King Von, released an entire collaborative effort with NBA Youngboy. The decision ruffled a few features, including Von’s cousin Calboy, who ultimately ended up getting into a back-and-forth on IG with the “Rockstar” rapper.

DaBaby denied that he was choosing sides in the feud between Durk and NBA Youngboy but Calboy said that was a lie during an interview with VladTV. “Folks knew he was going to get smoked from that because it’s beef right now. And if you not picking sides, why y’all drop on the same day as Von?” Calboy said, explaining that DaBaby could’ve easily asked NBA Youngboy to move their project if he wanted to stay out of the beef. However, Calboy thinks that particular situation is an accurate reflection of how DaBaby moves in the industry.

“He really, like, an industry prostitute,” Calboy continued. “Like, okay, the Megan Thee Stallion shit. Man supposedly shot her in the foot, you go and do a song with the man and make her mad. There’s no morality in that. Shorty probably thought you was really her friend. She thought you was really supporting her. Not even saying that’s my business but I see it. He a groupie.”

Check out the full clip below.