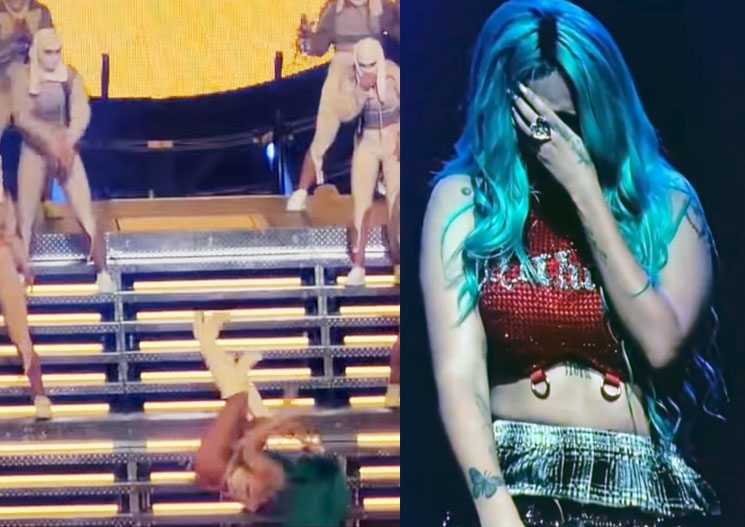 Reggaeton star Karol G did her best Beyoncé imitation when she tumbled down a flight of steps onstage during a show in Miami on Friday night.

It’s no coincidence that Karol is sometimes referred to as the “The Beyoncé of Reggaeton.”

The 30-year-old Medellin, Colombia singer is recovering after taking a nasty spill down the steps while performing “Ahora Me Llama” (“Now He Calls Me”) at the FTX Arena in Miami.

A dancer rushed over to help her up. But, like Beyonce, Karol twirled her weave and continued the show.

Later, she broke down in tears while telling the crowd in Spanish: “All my nails broke, I think my knee broke. Everything hurts.”

Karol was proud that she sold out the FTX arena for the first time ever. 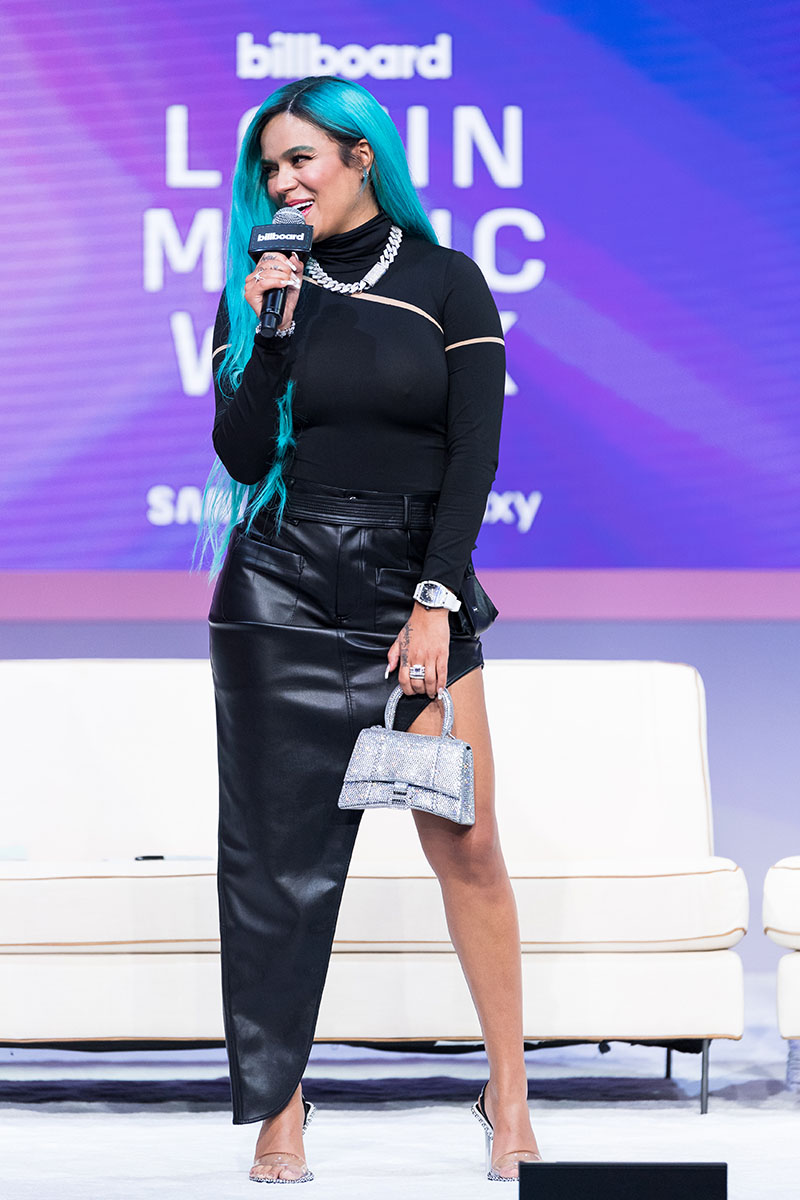 You may not have heard of her, but Karol G has billions more views on YouTube than Beyoncé and Rihanna combined. She signed her first record deal after competing in the reality show “El Factor Xs.”

Who can forget that video of Beyoncé taking a nasty spill onstage — and nearly breaking the Internet back in the day.

This GIF is still in heavy rotation online, although Bey’s team managed to scrub the video from the Internet.

In 2017, Karol G collaborated with Puerto Rican rapper Bad Bunny on the hit song “Ahora Me Llama.” She won a Latin Grammy for Best New Artist in 2018. And in 2019, her song “Tusa” featuring Nicki Minaj went platinum.

Her “Tusa” music video racked up over 1.2 billion views on YouTube.