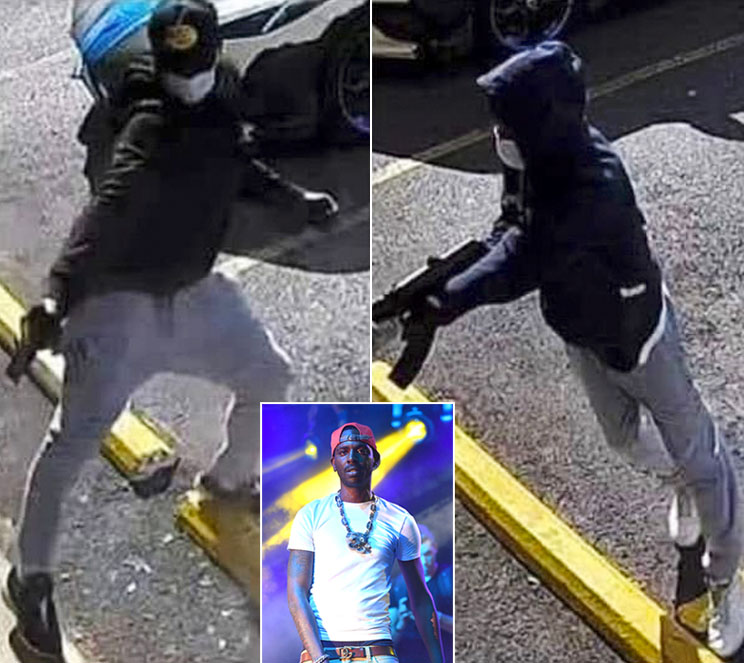 Witnesses say the gunmen drove up in a vehicle, jumped out and opened fire on Dolph while he was inside Makeda’s Butter Cookies in South Memphis.

Dolph was shot twice and pronounced dead at the scene. The gunmen are still at large.

The images, which appear to be taken from surveillance footage, circulated on Twitter.com on Wednesday. The photos show two gunmen outside Makeda’s Butter Cookies store — one holding an assault rifle and the other wielding a pistol.

The images were validated by three independent law enforcement sources who spoke to local news outlet FOX 13 on Thursday.

Dolph was in his hometown on Wednesday to hand out turkeys — an annual Thanksgiving tradition.

The rapper was a frequent visitor to the cookie store whenever he was in town. The owner of Makeda’s Butter Cookies, Maurice Hill, said Dolph arrived at the store around 1 p.m. to buy his favorite chocolate chip cookies.

The shop posted video of a recent visit by Dolph on its Instagram page.