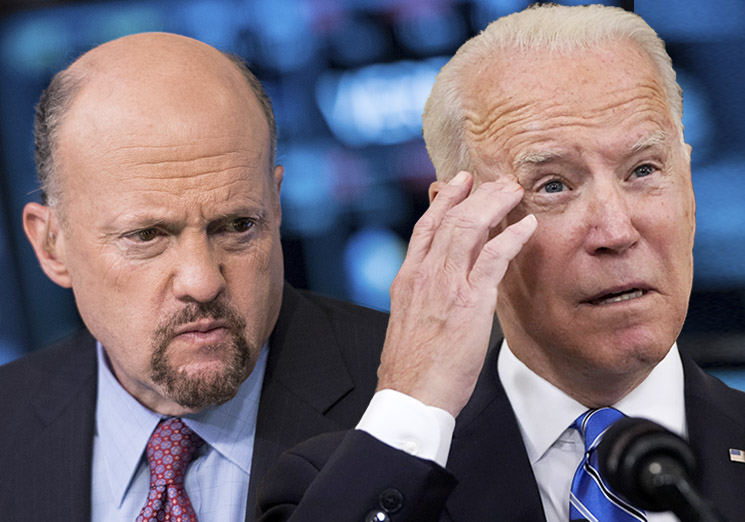 CNBC host Jim Cramer has demanded the Biden administration call out the military to enforce vaccine mandates on all Americans.

Cramer, host of “Mad Money,” said the President should impose his vaccine mandate on all Americans despite what federal judges have ruled.

Cramer’s demands comes as Biden extended the deadline for federal workers and contractors to get the vaccines.

The deadline for federal employees to get vaccinated was set for December 8, however, Biden’s mandate for federal workers and contractors is on hold for now.

Joe Biden made the announcement after federal judges in Kentucky, Ohio and Tennessee blocked his mandates for federal employees and health care workers.

A lawsuit filed in Tennessee claims the mandate is “unlawful and unconstitutional,” and argued Biden does not have the authority to make such requirements.

“This is not about vaccines, it’s about the mandates,” said Ohio’s Republican Attorney General Dave Yost in a statement. “The judge’s opinion clearly states that, and it has been our position all along that the president cannot impose these mandates on the people.”