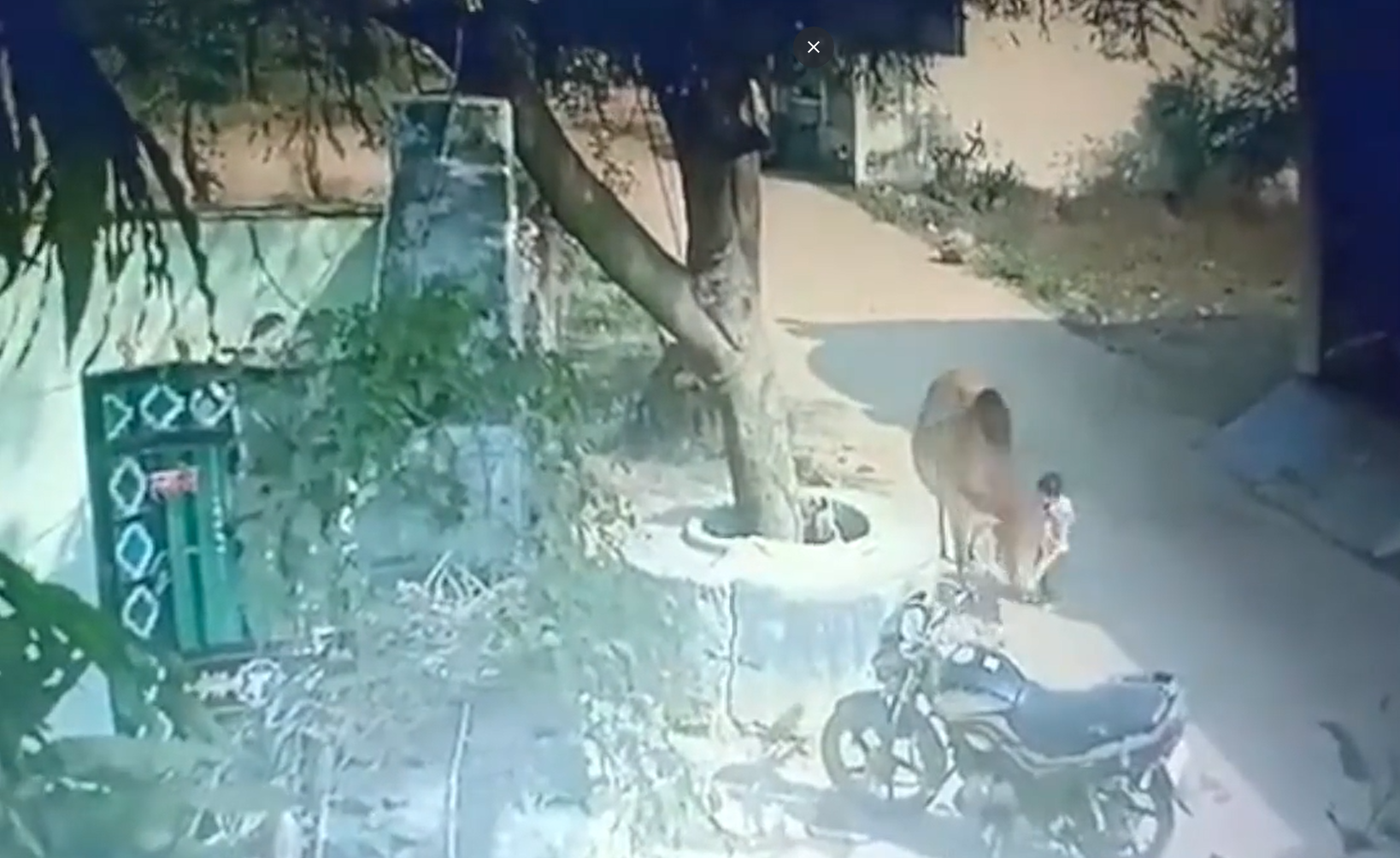 INDIA — A 17-month-old girl suffered a serious injury to the head after she was launched over 7 feet into the air by in Indian cow in Baloda Bazar – Bhatapara district.

The incident took place Sunday morning after the little girl somehow managed to escape her parents’ supervision, according to local reports.

While playing outdoors, she stumbled on the animal and went to pet it. That’s when the cow gave her a headbutt, launching the little girl 7 feet into the air, who landed head first onto the pavement.

The little girl ran back home while crying loudly, where her parents noticed swelling to her head and took her to a hospital. A doctor who treated the little girl noticed the extent of her injury and told the family it was impossible for her to have hurt herself this bad from simply falling or stumbling down.

Once back home and still unsuspecting of what had happened, the father then viewed footage of a security camera installed on the front of the house, at which point he learned about the animal attack that had taken place.

The little girl is currently listed in stable condition.