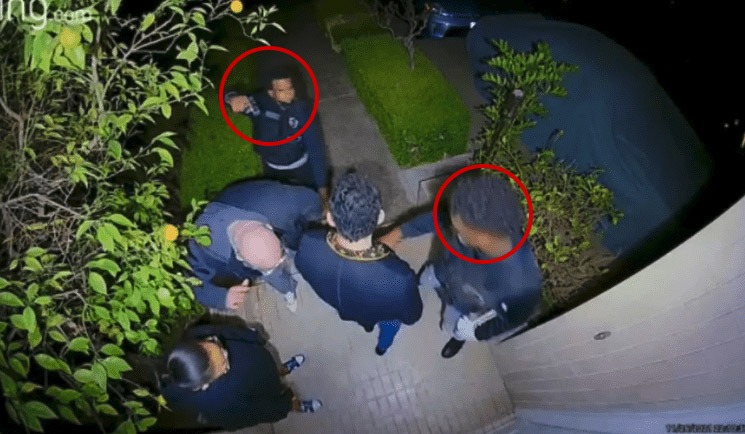 Criminals in California are wearing “police-type” gear to follow people home and rob them or burglarize their homes.

Follow-home robberies have spiked in California as brazen thugs are empowered by prosecutors who are lax on crime.

Surveillance video outside one home in the Fairfax area shows armed suspects wearing police gear and holding the victims at gunpoint outside their home before forcing them inside.

According to Fox News, the armed suspects claimed to be DEA agents before violently confronting them.

The thieves wore fake police badges and black vests with “police” written on them. 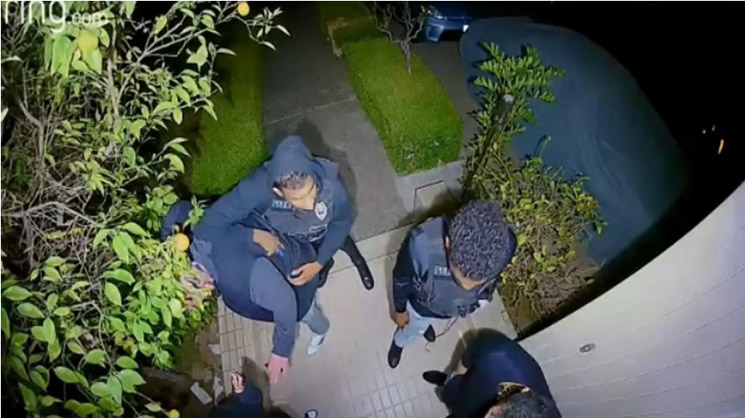 One suspect threw a punch and yelled at the nervous homeowner as he fumbled with his key to open the front door.

Once the door was unlocked, the armed robbers pushed the victims inside and stole cash, valuables and electronics.

An LAPD spokesperson told Fox News that a task force has been created to address follow-home crimes. But like most crimes committed now in Los Angeles, if the criminals are arrested, they will be released back on the streets without posting bail.

Last week, 14 suspects involved in smash-and-grab robberies at high-end stores were arrested and released back on the street within hours.