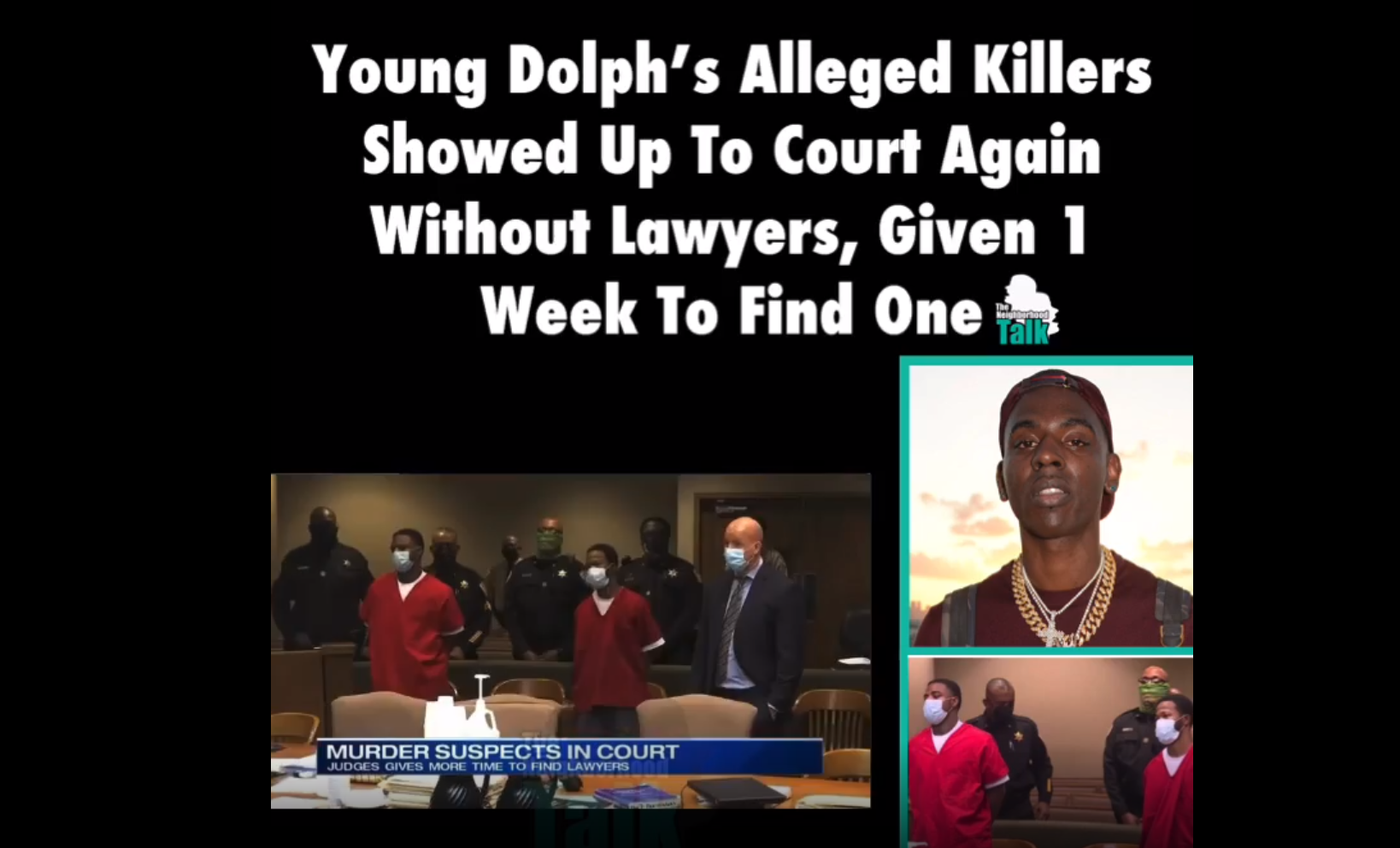 Recently, the alleged killers in the Young Dolph shooting appeared in court for the first time and were arraigned in a hearing that was previously postponed. The men noted they could afford their own attorney and intended on reporting back to the judge about the status of securing a lawyer. However, the men both appeared back in court with no attorney, according to reports.

Because they don’t have any legal representation, the judge ordered both men must have attorneys by February 4, or legal representation would be appointed for them. As of now, Justin Johnson and Cornelius Smith are facing numerous charges related to the shooting of Dolph. Stay tuned for more details.