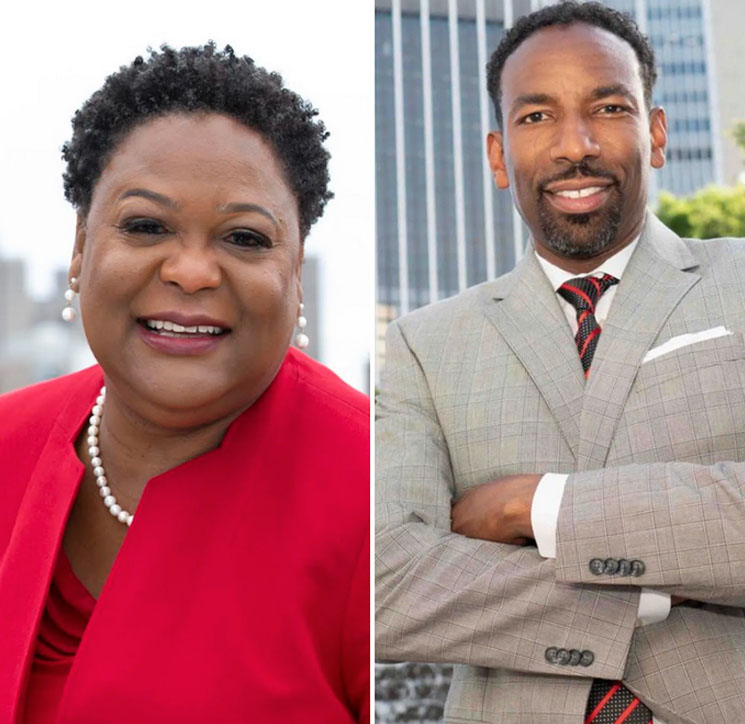 Today is Election Day in Atlanta. The two Black candidates, Felicia Moore and Andre Dickens face off in a close mayoral race.

Atlanta residents are heading to the polls today to replace one-term mayor Keisha Lance Bottoms who decided not to seek a 2nd term.

The polls opened early Tuesday, but poll watchers say the turnout has been low so far.

Keisha Lance Bottoms has since thrown her support behind Dickens, who has the support of rappers and nightclub owners.

Rapper Tip “T.I.” Harris endorsed Dickens in a video in which he seemed to blame Moore for the sexual harassment allegations lodged against him and his wife, Tameka “Tiny” Harris.

There are also reports that Moore threatened to shut down strip clubs, which would send dozens of Atlanta’s finest strippers to the unemployment line.

But Moore has vigorously denied the allegations (see video below, courtesy of ATL Uncensored).

Polls will stay open until 7 or 8 p.m. tonight. Find out your polling place here and check out the results of all runoff races here.

They had to run up on auntie and ask what’s going on with the clubs ??? pic.twitter.com/A6Fz2Dx2cW