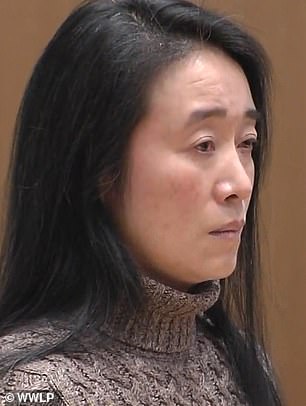 An ex-college art professor who tried to kill her colleague during a ‘four-hour torture session’ on Christmas Eve in 2019 when she bludgeoned her with a rock, garden shears and a fire poker has pleaded guilty to the crime, prosecutors announced on Friday.

According to WWLP, Hachiyanagi’s sentencing is scheduled for October 20 at 10.30am.

The former college art professor reportedly confessed her love for coworker Lauret Savoy – who was a geology professor – as she beat her. At the time, they worked at Mount Holyoke College in Massachusetts.

Rie Hachiyanagi (left) pleaded guilty to attempted murder after attacking colleague Lauret Savoy (right) during a ‘four-hour torture session’ on Christmas Eve 2019. She went to Savoy’s house asking for emotional support from a recent breakup when she assaulted her with a rock, garden shears and a fire poker 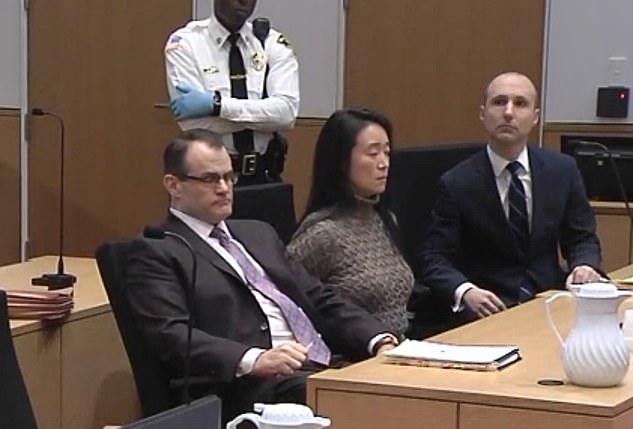 Two years ago, Hachiyanagi knocked on Savoy’s door claiming to be distressed and needing emotional support after a recent breakup, Assistant Northwestern District Attorney Matthew Thomas said in court during a change of plea hearing on Friday.

Savoy let her in and when she turned her back, was attacked by Hachiyanagi in what the victim called a ‘four-hour torture session’.

Hachiyanagi reportedly straddled the Savoy as she told her that she ‘had loved (her) for years’. Savoy later told cops that the pair had met in August of 2005 and were simply friends.

But Hachiyanagi punched the geology professor, saying she should have known about her stronger feelings. She also taunted Savoy by repeatedly telling her that she would be blinded, disfigured and then murdered.

Savoy told police she pretended to love Hachiyanagi back during the assault in hopes of persuading her to call 911.

After four hours, she finally succeeded and convinced Hachiyanagi to call for help just after midnight on Christmas Eve.

On Friday – two years after the traumatic attack – Savoy told the court of the emotional and physical fallout she has been dealing with since.

‘I’ve struggled to find a word that could hold in its meaning both the attack and my experience of it,’ she said, according to WWLP. 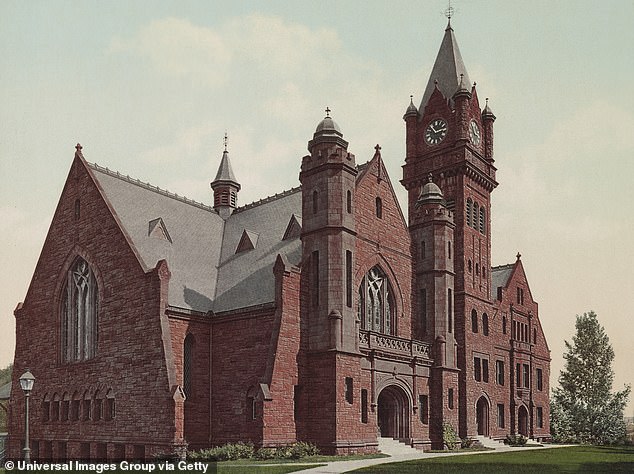 The women were professors at Mount Holyoke College in Massachusetts (pictured) when they met in August of 2005. Savoy said they were simply friends

Savoy added: ‘The closest I found is this: “Severe or excruciating pain or suffering (of body or mind); anguish, agony, torment; the infliction of such.” This is a definition of torture.

‘For four hours I experienced literal torture of body and of mind, not knowing if I would survive the next minute – yet needing to find some way to save my life. The emotional, physical, financial and professional impacts of this crime have been huge and they continue.

‘Now the defendant’s violation of me is becoming part of a public persona that I did not choose. She has invaded my privacy, my career, my life.’

Savoy also told the court that she suffered nerve damage to her face – and two of her fingers no longer work properly. She now has trouble sleeping, too, often experiences nightmares and has headaches every day.

The prosecutor explained that authorities arrived to find Savoy laying in a pool of blood inside her Leverett, Massachusetts, home with several broken bones and puncture wounds. 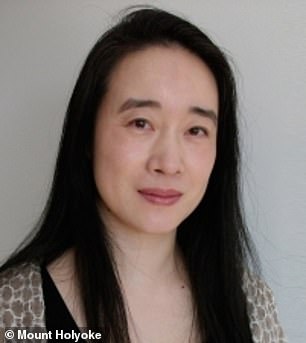 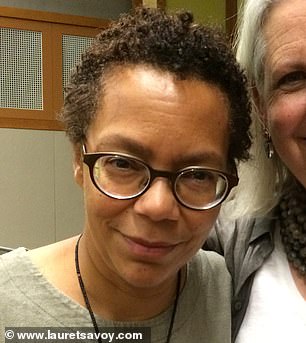 Hachiyanagi (left) reportedly straddled the Savoy as she punched her and told her that she ‘had loved (her) for years’. Savoy (right) told the court on Friday that after the attack she suffered nerve damage to her face, two of her fingers no longer work properly and she has nightmares and headaches every day

Cops said that Hachiyanagi seemed to have put on a façade for officers, claiming that she had been the one save Savoy. She said that she arrived to the house to find her friend was ‘barely breathing’ after an unknown intruder broke in.

‘Your Honor, I ask for accountability and justice, please,’ Savoy said to the judge in court on Friday.

‘I do not speak or act vindictively, nor do I ever want to cross that line. Respect of and for other human beings matters a great deal to me.

‘It’s difficult to fathom why this happened,’ she added.

‘All I know is that she betrayed my trust, invaded my home and tried to kill me with premeditated violence. The cruelty she wielded with weapons, and expressed in words, was extreme.’

Meanwhile, Hachiyanagi’s defense attorney Thomas Kokonowski acknowledged that his client has struggled with anger issues but insisted that she has since made efforts to correct them.

She ‘has been a model prisoner during her incarceration,’ he said, recommending that the judge sentence her to five to seven years at Wednesday’s sentencing hearing.