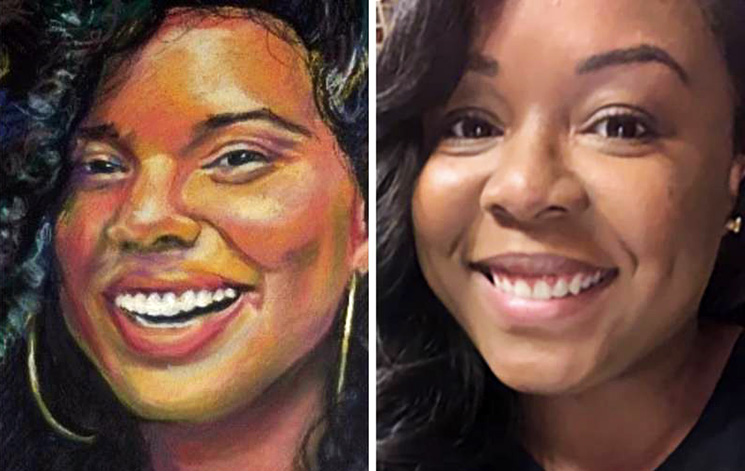 Davis went missing on March 7th, 2020, according to her family.

Bridgett Brown, Davis’ niece, told Channel 2 Action News the family was initially told by Gwinnett police that a police sketch that resembled Davis was a “stock photo” of a white or Hispanic woman (above left).

Davis’s disappearance did not receive press coverage in 2020, so her family and friends took to social media to get the word out.

“You guys my friend is #MISSING & has been since 3/7/2020,” family friend Alicia La’Von wrote on Facebook last year.

“We have been friends for over ten years and she is my rock thru so many hard times. When my mom died she came to her funeral and just followed behind me to make sure no one upset me and made things worse…

“She was last seen in San Juan, she loved it there. My country Macon, GA girl living her best island life. Please you guys, Pray and repost. @ all the blogs and send them her picture.”

La’Von updated her Facebook post on March 21, 2020 to say Davis was last seen at her residence in Greenville, South Carolina, with her fiancé, Michael Lee Wilkerson.

“She was last seen with this man, who could be in the Atlanta area,” she wrote in the caption of photos showing Davis and Wilkerson together. 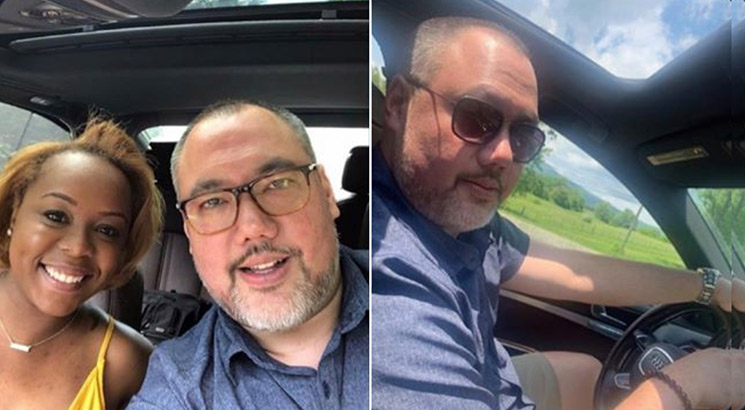 Gwinnett County police with the help of the U.S. Marshal’s Task Force, and the Gwinnett County Sheriff’s Office arrested Wilkerson during a traffic stop in Buford, Ga. on August 24, 2021, according to WBTW.

Wilkerson was living in Lawrenceville, Ga. at the time of his arrest.

He was extradited to the Greenville County, SC Jail on August 31 and charged with murder. He is being held without bond.

Brown told Channel 2 Action News the family is concerned that the case did not receive enough attention in Georgia, where Wilkerson lived.

Brown said when the family first reached out to Gwinnett County police in response to a police artist sketch that resembled Davis, they were told that the sketch was a “stock photo” and that the skull belonged to a white, mixed race or Hispanic woman.

“We are very thankful that Greenville, SC Detective Nikki Bowdoin was persistent in pursuing the remains with the Gwinnett county police department,” Brown told WSB-TV. “Without her, we may have never found out the truth.”

Brown is hopeful that someone may know where the rest of Davis’ remains can be found so she can receive a proper burial.

“We are hoping that news coverage of what has happened may jog someone’s memory here in Gwinnett. Someone may have seen or had dealings with Michael Wilkerson and unknowingly may have details regarding my niece’s murder or the dumping of her body.

“His arrest has been on the news in Greenville SC and other news outlets across the US but not here in Gwinnett county where the remains were found, where he lived, and where the arrest took place.”