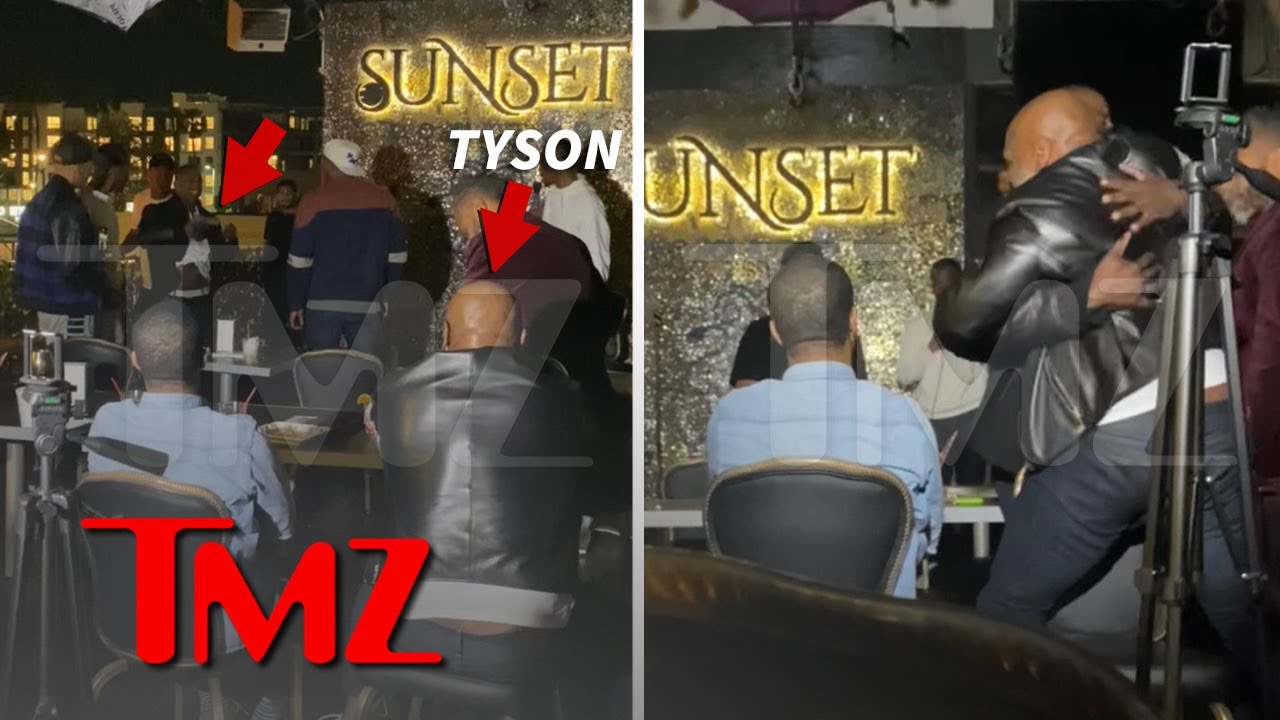 “While you can’t hear exactly what was being said in the footage, eyewitnesses tell us the man was actually challenging Mike to a fight — suggesting he wanted to elevate his “status.” Mike, of course, kept it chill and didn’t engage with the man … mostly just letting him talk. Eventually, though, another man intervenes and tells the dude to scram. We’re told this was actually the host/MC of the night. That pissed off the guy challenging Mike … who threatened to shoot the host, and then pulled out a gun from his waistband and cocked it in front of everyone. Naturally, everyone gasped and started ducking under tables.” – TMZ