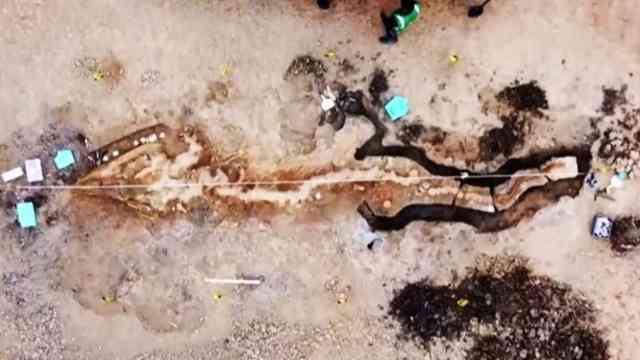 The colossal 180 million-year-old fossilized remains of an ichthyosaur have been found in the UK, in what researchers have described as one of the most significant discoveries in the region. Discovered in a reservoir in the county of Rutland, in the English East Midlands, the specimen is the largest and most complete ichthyosaur fossil ever found in the UK, measuring nearly 33 feet in length and with a skull weighing one ton.