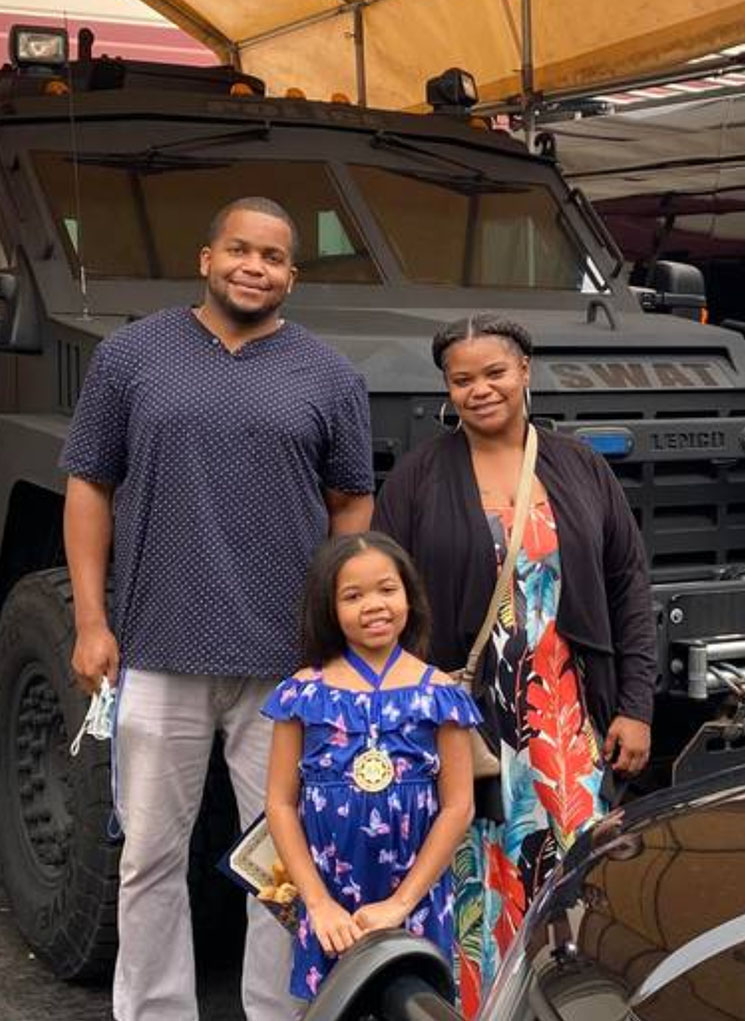 A 9-year-old girl is being called a hero after she fought off a man who robbed her mom in a supermarket parking lot.

West Palm Beach police say Danielle Mobley and her daughter Journée Nelson were walking back to their car when a robber — identified as 29-year-old Demetrius Jackson — ran up and tackled Mobley to the ground.

While grown men stood nearby and did nothing, little Journée threw punches at Jackson’s face then chased him as he fled with her mom’s purse.

“She actually jumped up and chased him four houses down the block with me chasing her, calling her back,” Mobley said during a news conference.

Surveillance video below shows the struggle between Mobley, Journée and the robber and the chase that ensued.

Chief Adderley honored a 9-year old child today for bravery as she ran to her mother’s defense to fend off a brazen robber. An #arrest was swiftly made in this case.

The West Palm Beach Police Foundation presented the child with a token of appreciation. pic.twitter.com/r9tz8PoacW

For her bravery, little Journée was honored by the West Palm Beach Police Department last week.

“I wouldn’t recommend that you confront an individual like that,” said West Palm Beach Police Chief Frank Adderley. “I bet he was shocked when she hit him right in his face… He was not expecting that. I think she hit him pretty hard.”

Journée took photos with her parents during a tour of the West Palm Beach Police Department.