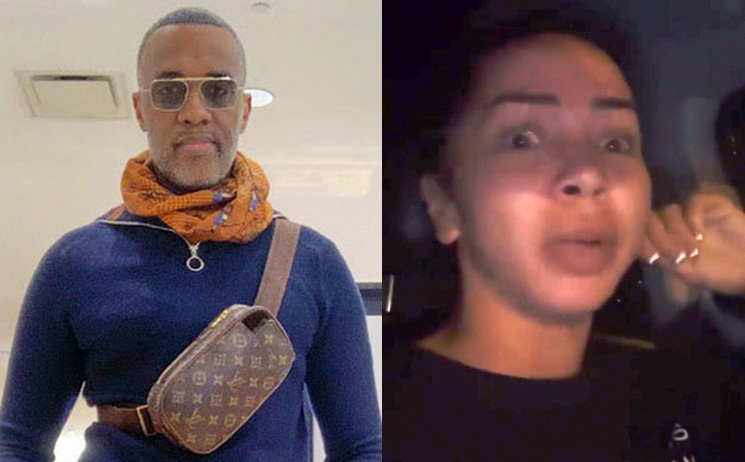 Just one month ago, Brittany Renner was living the dream as the rumored love interest of relationship guru Kevin Samuels.

The 50-year-old YouTube star lavished 29-year-old Brittany with shopping sprees and gifts such as a luxury sports car.

But things went south quickly and Kevin reportedly repossessed the car. Now Brittany has moved in with her mom and sister.

In an Instagram video, Brittany was near tears as she explained her sad circumstances.

She captioned the video:

“Can you imagine being 29 years old with a baby living back with your parent because you were kicked out of your house (I left willingly because I go where I’m celebrated not tolerated) with nowhere to go without a vehicle?”

“Can you imagine NOT being mentally/physically/emotionally ready to get back in the gym let alone host a club after just having a baby but you have to work to take care of your child?

“What about being harassed about receiving 200K in child support? (WHICH IS NOT TRUE IDK WHY ANYONE IN THEIR RIGHT MIND WOULD BELIEVE SUCH A RIDICULOUS AMOUNT BUT IT’S CLEAR THE REAL PANDEMIC IS HOW STUPID PEOPLE ARE) Still no? Well what about being accused of being a pedophile? A gold digger? Better yet! A spiteful BM keeping their son from his Dad when he wasn’t even in the same state at the time? All of this has been my reality on top of trying to get things afloat financially, getting back in the groove of social media after being falling off the face of the earth, and being a new mother.”

In the accompanying video, Brittany offered sound advice to other young women in her position.

1. Don’t ever relinquish your independence for a relationship.

4. Always have your own things.