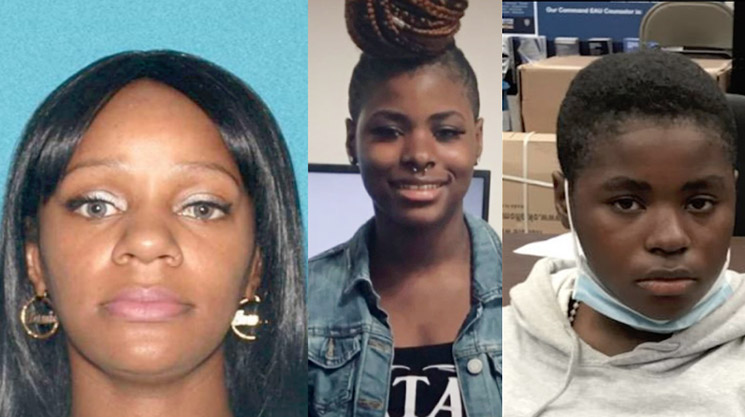 The mother of a New Jersey runaway has been arrested and charged with child abuse, endangerment and negligence.

14-year-old Jashyah Moore went missing after visiting an East Orange deli in October. Her family assumed she had been taken against her will.

The family took to Facebook to spread the word about her disappearance. The news media picked up the story and Jashyah was soon trending on Twitter.com.

$20,000 in reward money was raised, and some activists even blocked traffic in East Orange to get the word out.

Her mother Jamie A. Moore refused to consider that Jashyah had run away from home.

The intense media coverage on Jashyah’s case worked and Jashyah was found safe on a New York City street on Thursday. When police approached her, she denied being Jashyah.

After the NYPD interviewed Jashyah, Jamie Moore was arrested and charged with child endangerment. A teenage daughter and 3-year-old son were removed from her East Orange, NJ home.

Moore, 39, faces two counts of second-degree endangering the welfare of a child, officials said in a statement.

While on the run, Jashyah cut off her braids extensions and changed her name to hide her identity. She had spent part of her time in a Brooklyn shelter and living on the streets. The FBI were among the law enforcement agencies searching for her.

“The young lady appears to have run away,” Acting Essex County Prosecutor Theodore Stephens said. “Obviously, she was an extremely resilient and resourceful young lady. And she decided that she wanted be someplace other than where she was.”

Stephens had previously said CPS did not have an active file on Moore and her children.

Jashyah’s father, an East Orange cop, had been arrested for assault previously. Jashyah was due to testify against him in court when she went missing.