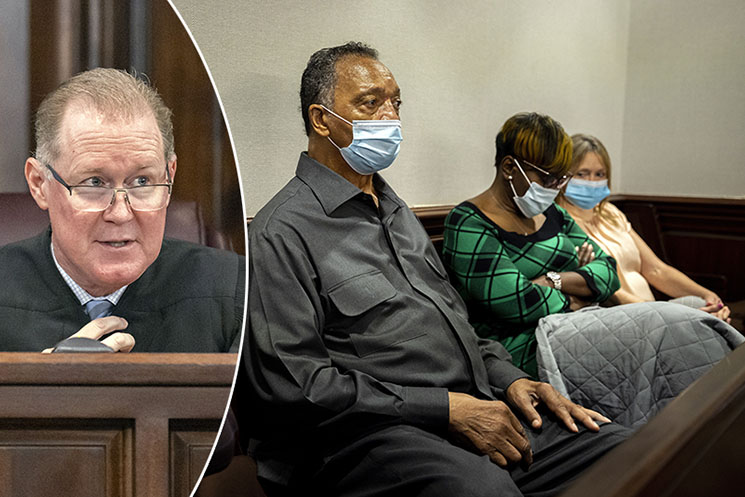 The judge presiding over the Ahmaud Arbery murder case denied a request by defense attorneys to remove Rev. Jesse Jackson from the courtroom.

Rev. Jackson sat next to Arbery’s mother in the courtroom on Monday.

Three white men are on trial in Brunswick, Ga. for pursuing and killing Arbery, who is Black, last summer.

All three defense attorneys requested a mistrial due to Jackson’s presence in the courtroom.

The defense attorneys objected to prominent “Black pastors” sitting with the Arbery family in the courtroom because their presence may “influence” the jury.

“The court is not going to single out any particular individual or group of individuals as not being allowed to be in this courtroom as a member of the public,” Walmsley said, according to NBC News. “If there is a disruption, you’re more than welcome to call that to my attention.”

“I have nothing personal against Mr. Sharpton,” said Gough, “We don’t want any more black pastors in here.”

Gough later apologized for his statements.