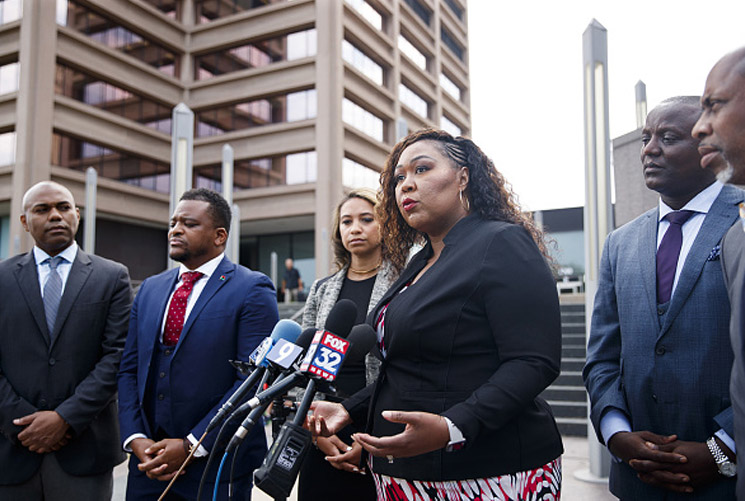 One of Jussie Smollett’s attorneys cried in the courtroom and called for a mistrial after accusing the judge of lunging at her.

In a tense moment during a sidebar at Smollett’s trial on Thursday, defense attorney Tamara Walker (3rd from right) told Cook County Judge James Linn, “Judge, you physically moved towards me.”

Judge Linn vigorously denied her allegations. Linn said he was simply “stunned” at Walker’s request for a mistrial.

On Friday, Walker told the Chicago Tribune she believed Linn’s movement was involuntary and unintentional, but she was shocked.

“I was in disbelief,” she told the Tribune. “I did not expect that type of reaction (to) me doing my job.”

Smollett’s legal team accused one of the state’s key witnesses, Olabinjo Osundairo, of being a homophobe. Walker accused him and his brother, Abel Osundairo, of attacking Smollett because he’s homosexual. 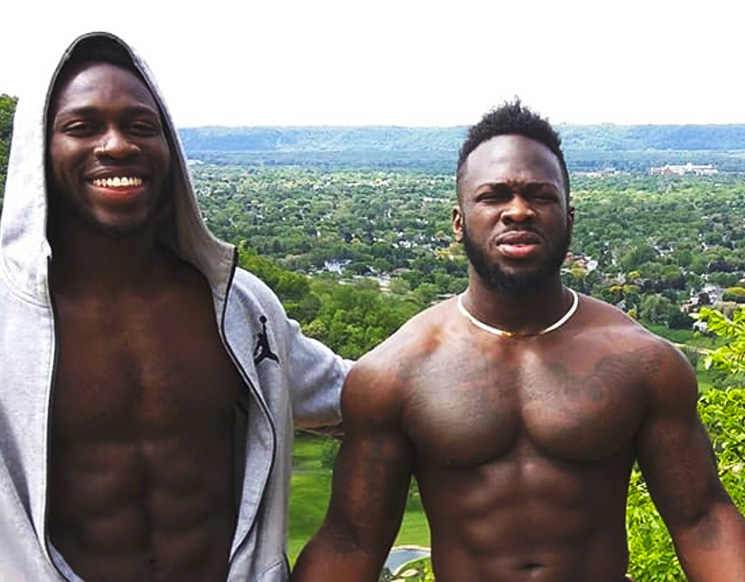 Olabinjo (right) testified that Smollett recruited him and his brother to stage a fake hate crime for money.

Walker showed the jurors text messages from Olabinjo calling someone “fruit” and “gaylord,” and a text exchange with his brother in which he referred to someone who might be ghey as “sicko.”

Walker repeatedly requested a sidebar after Judge Linn said the matters raised by her defense were “very collateral,” according to the Tribune.

Judge Linn directed the jurors to leave the courtroom, then Walker requested a mistrial again because of the judge’s “collateral” comment “as well as your physical actions toward me in the sidebar.”

“What collateral meant in that context (was) we’re talking about things [Olabinjo] said to other people,” the judge explained before denying the request for a mistrial.

“There’s nothing for a mistrial here … frankly I’m stunned you’d consider a mistrial,” he told Walker.

“As soon as I made the motion, Judge Linn reacted with shock and seemed to become upset, and at that moment had a reaction to physically move toward me with the upper portion of his body,” Walker told the Tribune on Friday.

Walker denied breaking down in tears in the courtroom.

“My voice cracked, but I did not cry,” she said. “I was in shock and disbelief, and my voice broke. I could not believe I was relating what occurred.”