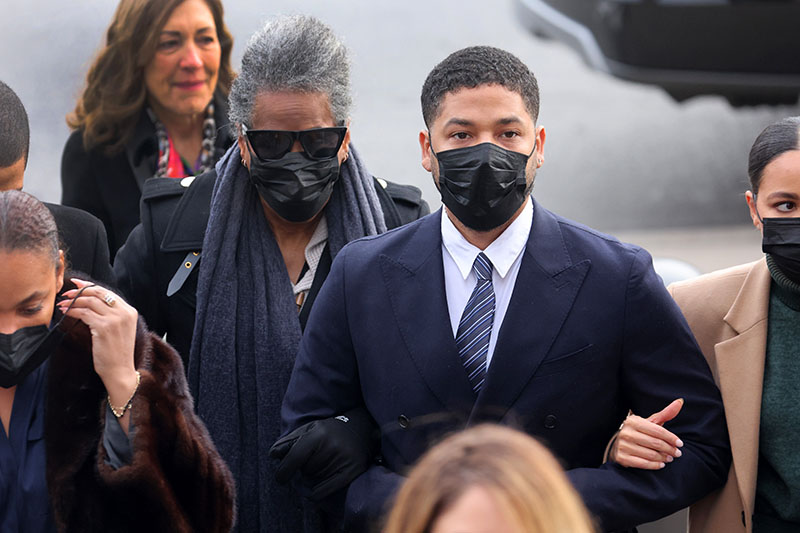 Jussie Smollett arrived at a Chicago courthouse on Monday as jury selection gets underway on Day 1 of his MAGA hoax trial.

The nervous-looking actor arrived at the courtroom of Judge James Linn shortly before 9:30 a.m. with his friends and family members.

Smollett was one of the most celebrated LGBT+ stars who routinely rubbed elbows with Barack and Michelle Obama and other political elites before his fall from grace. 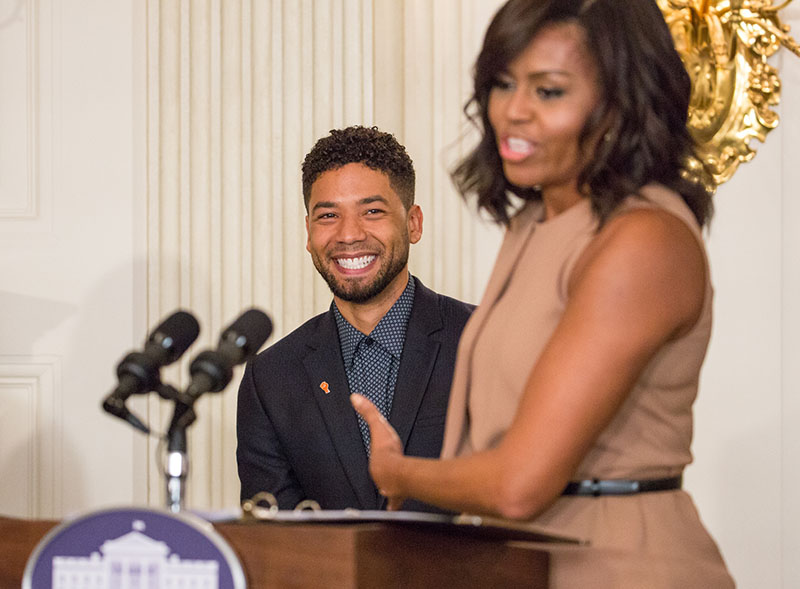 Smollett is pictured with former First Lady Michelle Obama in the State Dining Room of the White House on February 24, 2016.

Police say the Empire actor staged a racist and homophobic attack on himself on a chilly night in Chicago in January 2019.

The disgraced actor is accused of lying to police and costing Chicago taxpayers hundreds of thousands of dollars. Police complained of lost resources while they hunted two white MAGA hat-wearing attackers who didn’t exist. 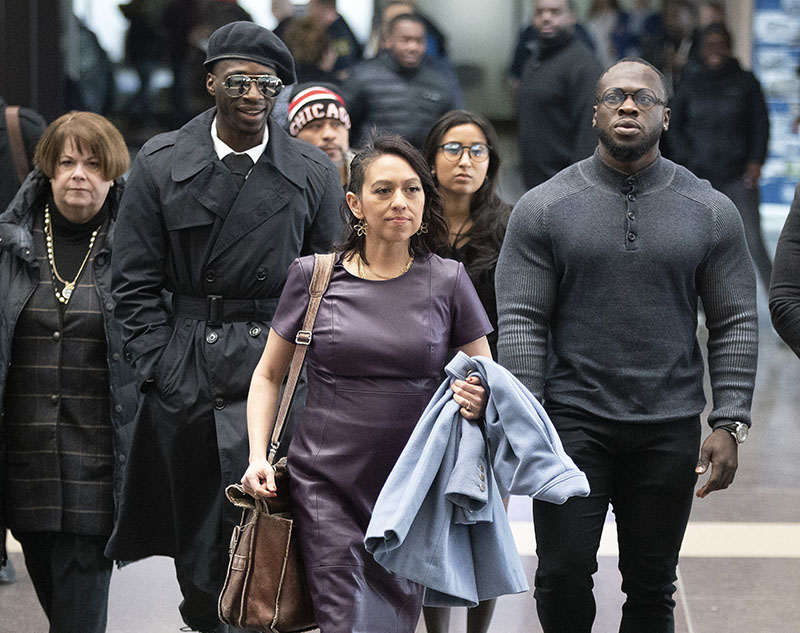 Prosecutors say Smollett paid Nigerian brothers Olabinjo and Abimbola Osundairo $3,500 to carry out a fake racist attack on him.

Smollett allegedly staged the attack to wring more money out of Empire show producers. He also allegedly hoped to parlay press coverage about his attack to get more movie roles.

However, the details of the staged racist and homophobic attack were too bizarre to believe and his story unraveled after police reviewed surveillance videos from the night of the alleged attack.

Smollett, 39, was originally charged with 16 counts of lying to police but the charges were dropped by Cook County State’s Attorney Kim Foxx.

After a public outcry, a special prosecutor charged Smollett with six counts of felony disorderly conduct in February 2020.

Smollett continues to maintain he is an innocent victim and not the mastermind behind the hoax homophobic attack.