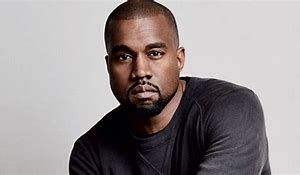 Kanye recently sat down for an interview with Hollywood Unlocked’s Jason Lee, and he opened up about various topics that have made headlines recently, including his estranged wife, Kim Kardashian, dating Pete Davidson.

While speaking about working out custody with Kim at the 3:15 mark, Kanye reveals that he had to tell his daughter North that he couldn’t go in their house because Pete was inside. Kanye explained, “Took my kids back, I’m driving them and North is like, ‘I want you to come upstairs and see something.’ I’m hearing that the new boyfriend is in the house, where I can’t go to.”

Later in the interview, Kanye spoke about accompanying Kim to SNL when she hosted in October, and he felt disrespected that Kim and Pete Davidson kissed during a skit after he helped Kim with something that day. Kanye explained that he took a red eye flight from New York back to California to get a laptop that contained unreleased footage of Kim Kardashian and Ray J.

Around the 41:35-minute, Kanye stated, “How you gonna bring me to SNL and kiss the dude you dating right in front of me? Everybody’s like, ‘Oh, that’s cool.’ After I went and got the laptop from Ray J that night, right? I met this man at the airport, then got on the red eye, came back…delivered it to her at 8 a.m. in the morning. I gave it to her, and she cried when she saw it. You know why she cried when she saw that laptop? It represents how much she’s been used. … It represents how much people didn’t love her, they just saw her as a commodity.”