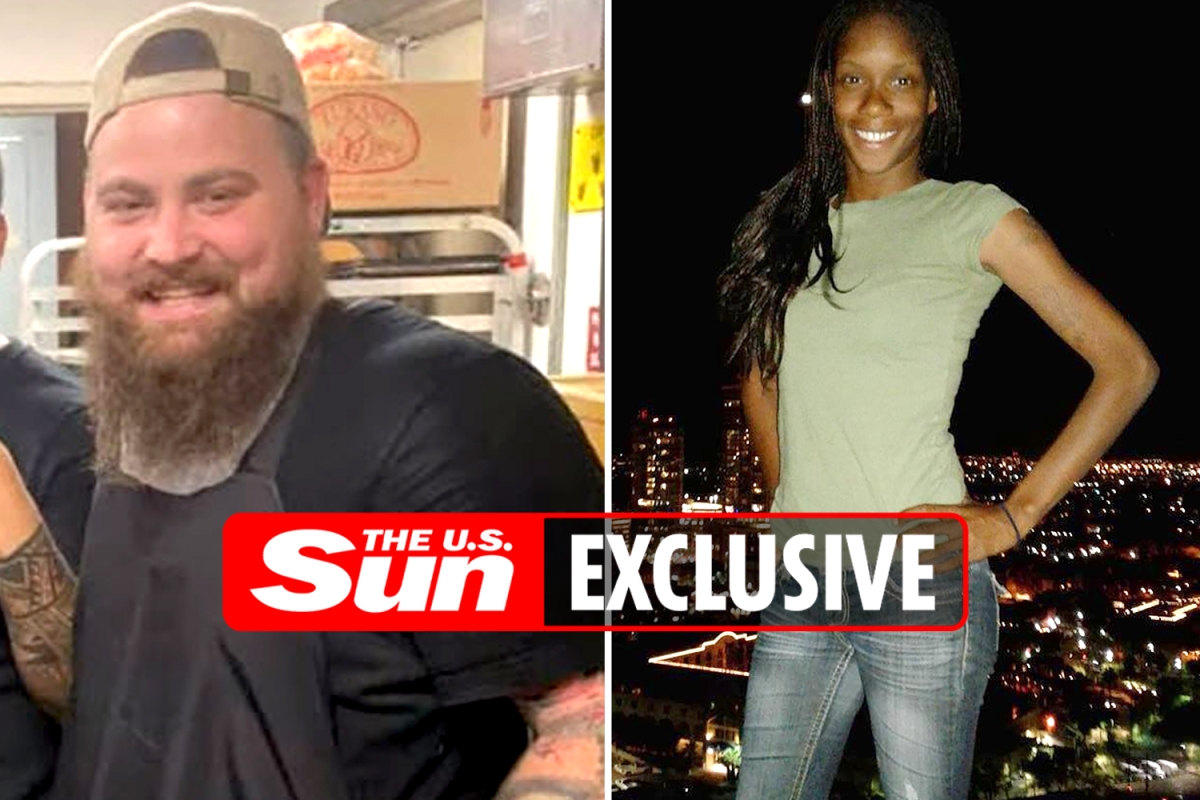 THE boyfriend of slain mom Kathleen Moore had a lengthy criminal history of violence and drug offenses before he was arrested and charged with her murder on Monday, records show.

Collin Knapp, 30, has been charged with second-degree murder in connection with the disappearance of Moore, 34, who was last seen alive in the early hours of November 29 in Pasco County, Florida.

She had reportedly Facetimed one of her friends at 1am outside of Knapp’s home along Carmel Avenue following a night of drinking with him and others.

Moore reportedly told her friend that she and Knapp had got into an argument and she was outside waiting for a ride home. The pair had also been seen arguing at a number of bars earlier in the evening, according to police.

Investigators then announced on Tuesday that the decomposing remains of an adult female were found near Knapp’s home in New Port Richey. They were later identified to belong to Moore.

A childhood friend of Moore’s, Erica Swanson, exclusively told The Sun that Moore and Knapp allegedly endured quite a “turbulent” relationship and would get “into fights quite often.”

Swanson claimed that other friends of Moore’s have told her that she had previously complained that Knapp would become a different person when he drank, alleging “he would become more angry and violent.”

Knapp’s arrest for murder on Monday is not his first run-in with police. He has an extensive rap sheet that includes dozens of arrests, including for domestic battery, possession of cocaine and meth, and reckless driving.

His first criminal infraction came in May 2010 when Knapp was booked on a felony count of aggravated battery in St. Petersberg.

During the second arrest, Knapp was also cited for reckless driving, possession of MDMA, Oxycodone, cocaine, and other paraphernalia.

Then in August 2014, Knapp was arrested for two misdemeanor counts of “obstructing or resisting an officer without violence.” The reason for his initial arrest is unclear, though again he was detained in the early hours of the morning.

The case never went to trial and a judge withheld adjudication, which is when the defendant is ordered to be on probation but is not formally convicted.

Knapp has a number of drug offenses to his name between 2013 and 2015, including an arrest for possession of cocaine, Alprazolam, meth, and paraphernalia in September 2015.

It’s unclear whether Knapp spent any time in prison for his previous infractions.

Between 2015 and up to his arrest on Monday, there are no listed arrests for Knapp in Pinellas County, where he lives.

However, he is now the only suspect in the murder of Kathleen Moore, who vanished and is presumed dead having last been seen on November 29.

During a press conference on Monday, Pasco County Sheriff Chris Nocco said Moore and Knapp had been in an “on-again, off-again” relationship for about five years.

Nocco said when deputies interviewed Knapp prior to his arrest, there were inconsistencies in his statements.

About a week later, authorities searched the contents of a dumpster from the restaurant where Knapp works and discovered blood identified as Moore’s on clothing that belonged to Knapp, Nocco said.

The quantity of blood found on the clothing let police to the conclusion that Moore has most likely died, he added.

Investigators also learned that Moore and Knapp were seen arguing on the night of November 28 while out with friends at bars in Largo, Indian Rocks Beach.

Knapp told investigators the couple got into another argument at his home in New Port Richey after midnight, and Moore left before he went to the restaurant where he works “to complete a meat inventory order” around 1.30am.

However, Nocco said investigators have no evidence that suggests Moore ever left Knapp’s home.

He was arrested and officials were met with a “cold” demeanor as they quizzed him on his girlfriend’s whereabouts.

Pasco County Sheriff Chris Nocco said: “We were hoping he was going to provide information during his interview.

“But as one of our detectives described to us, he’s very cold even when we’re begging with him to tell us where her body is. He won’t give us information.”

While being interviewed by police, the 30-year-old said that he went to buy cigarettes in the early hours of November 29 and Kathleen was in the car.

Police revealed that deputies attempted to look at video surveillance footage but couldn’t be certain if Moore was indeed still in the car.

Cops then said Knapp “decided to go to his job” – which is believed to be at Harold Seltzer steakhouse in Port Richey.

Friend Jessica Brummett told Fox13 a man found the mom’s cell phone behind a Walgreens in Pasco County and turned it over to police.

Cops released images of Knapp’s 2006 black Cadillac in a bid to get information about his whereabouts before his arrest.

Pasco County Sheriff’s Office canine units, a drone team and “20 to 30” detectives were involved in the search for Moore’s body, Rocca said.

The sheriff also offered his condolences to Moore’s friends and family, who have spent the last week conducting their own independent search of the local area for signs or traces of Moore.

“This is a sad reminder that domestic violence takes place in every community,” Sheriff Nocco said.

“Our hearts and prayers pour out to the family and friends of Kathleen Moore. I know you were all searching for a better resolution, and we all were, but unfortunately, this is what we have.”

FRIENDS AND FAMILY IN MOURNING

Moore was just about to graduate with a phlebotomy degree and start working as a nurse.

Friends and family members were concerned about Moore’s whereabouts as Brummett said it was out of character for her to just disappear and stop responding to messages and texts on her phone.

Brummett said: “I’m scared. I’m trying to keep the faith because she’s my sister. I don’t want people to give up or lose focus because her life does matter.

“It does. I’m just scared because this is not Kit Kat. She would not go this long. She would never put her phone down.”

Knapp is being held at the Pasco County Detention Center.

We pay for your stories!

Do you have a story for The US Sun team?